Brexit: what needs to happen 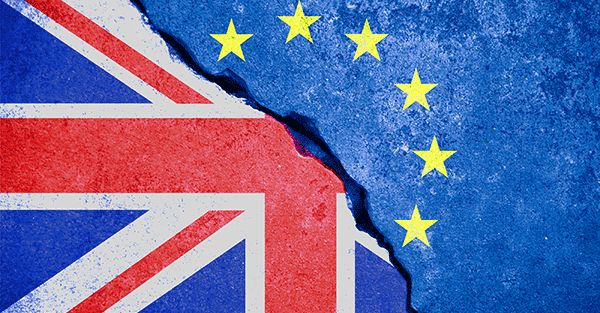 What our Tory friends have not yet worked out is that you cannot design a replacement for 40 years of evolutionary integration inside two years - or even ten that this rate. Just supposing you could, you would need to spend some considerable time working up a proposal that is not only realistic but also one the EU could agree to. You would want such a proposal in place before triggering Article 50.

This they have not done. As much as there is no vision behind Brexit, there is nothing even approaching a consensus on how we get out. This is largely in thanks to Vote Leave who insisted that we don't need a plan at all. This view is supported by noted thicko, Steve Baker MP, who is salivating at the prospect of walking away without a deal.

In any other circumstances we would point and laugh at them as indeed we did with Ukip when they produced their manifesto. The problem here is that these such people are actually in charge and the wheels are falling off the bus. The supporting cast in this carnival of incompetence is a clueless media unable to make even the most basic distinctions. Only now we're heading over the cliff do they start asking the right questions. All of this, though, is a little too late. To have anything like a sensible approach we should have started the ground work months ago.

As we have said from day one, Brexit is a process, not an event. If you treat it as an event, seeking to tie up all the loose ends and build all the institutional infrastructure in a single hit you will fail.

As much as anything the single market is made up of a number of intricate regulatory systems whereby a transition out of them would require masses of new resources, a re-write of the law and a complete redesign of the IT infrastructure. There are no shortcuts to this and to pull it off we would need a detailed transitional scheme well in advance. IT procurement alone is fraught with problems and delays.

Then there is the matter of the Great Repeal Bill. We are assuming that we would wish to maintain a high degree of harmonisation and free trade, therefore the adoption of EU laws is our starting point. This is a lengthy piece of legal engineering and we cannot copy and paste. EU law gives effect to certain EU institutions.

Speaking of institutions, since we have offloaded a lot of our domestic administration capacity we would have to rebuild it. In the interim we would have to continue using EU systems from food safety to maritime surveillance.

If the aim is to leave the EU that leaves us with two choices. Either write a bespoke transitional deal and a bespoke destination - or use the EEA - the only instrument that comes close to resolving these issues. Since we have opted for the former, we have chosen to open up multiple cans of worms regarding the jurisdiction of a number of EU bodies along with the intractable problems regarding the border in Ireland. From the outset we have made the job ten times more complex than it needs to be with many times the risk.

We would also note that designing a bespoke system is no small undertaking. It will likely take years. All the while we must stay in the EU. As a leaver I would have thought that the EEA agreement presents the fastest way out of the EU with the least complications. But what do I know?

What the Brexiteers want is for the Article 50 process to deliver a substantial practical change to our relationship with the EU. They see Brexit as the ends, not the means. This can only ever deliver disruption and chaos along with a number of legal and political challenges, the ramifications of which will be felt for years. This is entirely the wrong way to go about it.

As we argue in Flexcit, the measure of Article 50 success is for there to be no change on day one of Brexit. We negotiate entry to the EEA, we carry over the CAP/CFP exactly as before but enter a treaty mechanism that allows for our gradual departure. Agriculture alone is a major headache where we will need to take our time and have a think about the direction of travel.

If we have done the job right, all it means on day one is that we have, in name, left the EU as per the instruction of the referendum - having minimised the perturbations, and given ourselves the tools to evolve out at our own pace - avoiding any cliff edges.

We have explored this issue from probably every other angle and we do not see any other way of doing it without self-harm. We would also note that even this is not without complexity and risk, but at least it avoids opening up lengthy discussions that would delay our dilute our departure. Best of all it would give a us breathing space to form a strategy as to how we leave the EEA, if ever.

If we leave the EEA then we will need one hell of a plan and a big idea. We take the view that there are few advantages to leaving the single market and we are better off expanding and enhancing it, moving the regulatory functions to the many international organisations from which the EU inherits its standards. That though is a debate for another time. The purpose of Article 50 more than anything is damage control and achieving the one goal the government actually has a mandate for - leaving the EU.

This though is not good enough for the Brexit headbangers who believe that Brexit of itself is an economic miracle and we should rush to get it all done as fast as is humanly possible. What is more likely to happen is that we will get bogged down in the quagmire to the point where we either crash out without a deal or the process gets kicked into the long grass, an election is called and then who knows?

What we need is a bit of political maturity from our government, accepting the realities of our predicament, coming clean about the many compromises we must make. It requires that the government treat the electorate like adults and start spelling out a few home truths. There is nothing to lose from doing so since at this point Tory fortunes do not look salvageable. The absolute truth is that there is no way to make everybody happy and it is pointless to try. It is therefore incumbent upon the government to take unpopular choices. Preferably ones that do not leave our economy in tatters.

As to how Brexity this approach is, is really in the eye of the beholder. What matters to me is that we are out of the EU with the necessary tools to move forward. We should not seek for the Brexit process to be transformative - only transitory. Leaving the EU was never going to be easy and the referendum was just one battle in a longer war on the road to a truer democracy. It should be viewed as D-Day rather than VE Day - and if we treat it as the latter then we run the risk of throwing it all away. Best if we take the victory for what it is and then start thinking about the next significant battle.
By Pete North at June 14, 2017

Does this affect the timeline for the Brexit completion as noted at http://www.express.co.uk/news/politics/644178/EU-referendum-dates-European-Union-Brexit-David-Cameron-Brussels ??

And Will May have the political clout to move on as she originally planned?