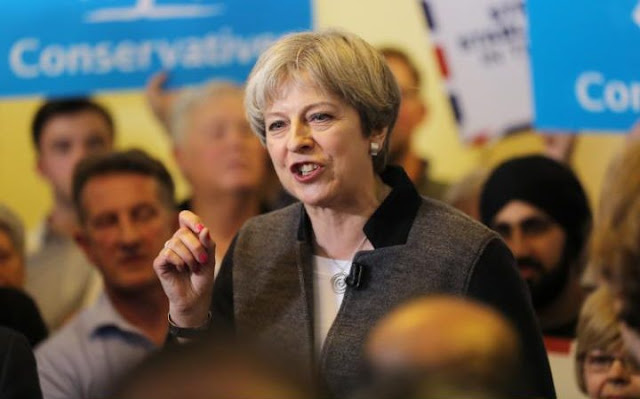 There is term often used to describe EU activity. Mission creep. Gradually taking over areas of competence which should be the sole domain of the member state. When it comes to trade, regulation is increasingly becoming the defining factor where extraordinary decisions affecting the lives of many are taken by courts. Gradually we are seeing agreements encompassing standards on social welfare and workers rights.

As far as the EU goes though this is not mission creep. This is the EU's mission. To establish a Europe wide demos where it alone dictates the framework for social policy. The EU was never intended to be a trade bloc alone. This is why I see Brexit as very necessary. If decisions as to who is entitled to what do not rest with national parliaments then you have lost control over a substantial part of governance. More to the point, these decisions - and the power to press for change is taken away from the people.

I have always taken the view that nation states need the ability to set policy according to their own distinct cultures and working arrangements. Where workers rights are concerned, that is a matter for people empowered by political organisations and unions. As much as this is the most democratic means, it is also the best way to safeguard rights. What we have seen when such matters are pushed out to the EU is that the more entitlements we get the worst working conditions become in reality. There is a disconnect between lawmakers and the public whereby the unintended consequences of centrally mandated policy ultimately erodes competitiveness.

One of the defining features of my earlier career was watching dynamism all but disappear  in the jobs market where decent paying temporary work was regulated out of existence. As a result people are increasingly compelled to stay in bad jobs no matter how awful they are. The rights granted to individuals by the EU have, over time, become anti-freedoms.

Were it the case that the disparate and economies of Europe were convergent, you could perhaps make the case of a uniform social policy. That though is not, and never will be the case. Therefore pressing ahead with such incursions for purely ideological reasons can only ever be harmful.

It is this "social Europe" I am the most fundamentally against. I cannot and do not object to economic and regulatory integration for the purposes of free trade but it is more important than ever that we are free to compete and it is for the good of democracy if the social agenda is one steered by the public and not the faceless officials in the ILO. My beef with the EU has always been political integration.

This is yet another reason why I cannot bring myself to vote for this Conservative Party. If there was any point to Brexit at all it is to set a clear line of delineation between integration necessary for the betterment of trade and that which is nobody's business but ours. In fact, one would argue that Brexit was largely pointless unless the government was going to set about a fundamental rethink of employment and social policy hitherto dictated by EU directives. But what do we see instead? Continuity New Labour.

In some respects the Tories are to be commended for various policy tweaks, especially the so-called "bedroom tax" in that it has nudged welfare dependants into making tough calls which will in the long term improve their prospects. What we need to see though is a far more radical shake up, dismantling the many EU mandated entitlements. For starters the Agency Workers Directive should go straight on the bonfire.

I don't doubt for a moment that this would cause a howl of rage from the left, but why should this government give a tinker's damn? It enjoys a bewildering popularity and will soon have a mandate to do as it pleases. It has never been in a better position to initiate reforms. We are leaving the EU which of itself gives us considerable new powers, and secondly Brexit necessarily will require a fundamental rethink of just about every economic policy in the book.

What it looks like we are getting, though, is yet another cowardly centrist party afraid to stand up to the left when the left has never been weaker. If there was any mandate at all to be found in the Brexit vote, aside from the instruction to leave the EU, it is to bring about policy reform to restore our competitiveness. If we are going for a full blown Brexit then it is absolutely and immediately necessary.

One could argue that in a time of of transition, this government needs to play it safe and not spook the horses but actually, in voting for Brexit, the public have displayed a degree of political courage not generally found among our political class. Why treat them like children? Change is what we voted for - and we're not voting for the politics of Jeremy Corbyn.

The truth of the matter is that this is not a Conservative government. The narrative that may is on the hard right is laughable. The electoral bribes we see this week are every bit as statist and timid as those we came to expect from the Cameron administration.

Brexit of itself achieves very little unless we have a government with the courage to make unpopular choices. Why even bother seeking power if you're not going to make the changes you believe in? But that's really the central question here isn't it? Do these people even believe in conservatism or are they simply seeking power for its own sake?

The media mistakes the authoritarianism of May as "right wing" which is a typically immature interpretation. She is an authoritarian for sure, but no more authoritarian than Tony Blair and has no more intention of reducing state intervention.

As much as this government cannot be trusted to deliver an intelligent and pragmatic Brexit, we cannot even depend on them to do the necessary things when they do make a complete hash of it. They will continue with the same stultifying social democrat policies only without the means to pay for them. In this it is hardly surprising that Labour has reformed as an ultra leftist party because the centre left is occupied by May.

One thing that Brexit will not cure in our politics any time soon is the Stockholm Syndrome that has infected Westminster. Brexit is of no use to us if our politicians continue in the same mindset as the Eurorats. If our domestic policy is going to mirror that of the EU then why go to all the bother?

What I would like to see more than anything from Brexit is a newly dynamic labour market and a political environment where workers reject the old and ossified unions and start their own initiatives. We need to see a restoration of combative politics between the people and their government. We need to see people fighting for and defending their own rights rather than waiting for new EU entitlements. A restoration of real public debate. That can only come about by way of a properly radical Conservative party. When such a party exists, I will readily vote for it. That, however, is not this one.
By Pete North at May 15, 2017

"What it looks like we are getting, though, is yet another cowardly centrist party afraid to stand up to the left when the left has never been weaker."

It's not a centrist party, it's an unprincipled party, and the left being weaker has allowed said unprincipled party to find rich pickings in the centre, happy to do so in the knowledge the core vote has nowhere to go, and will turn out for fear of Comrade Corbyn getting in.

Forgot to add to that: bastards.