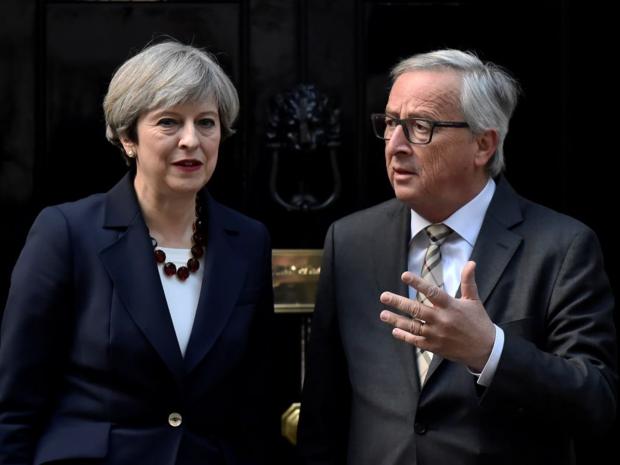 What is owed to whom seems to be topical. The figure bandied about this week, based on idle speculation from the FT is a hundred billion Euros. We can expect more of the same guesswork as the French and German elections ramp up.

There are those who assert that nothing is owed and that as net contributor they should be paying us. But of course spent money is spent money. To get an idea of why money is owed we have to look at what we actually pay for. In this context it is our obligations as part of the Multiannual Financial Framework 2014-2020 whereby the various agencies of the EU are funded in order to perform certain functions.

Those agencies in turn have their own overheads and costs. That means they have contracts and since we are a party to the treaties and therefore stakeholders in these agencies, some of the liability falls to us. Not forgetting that Brexit will take a bloody long time and these agencies will be performing their functions in the interim.

Just as I was looking for a good example of what this actually pays for we learn today that three teams of European health inspectors are to conduct audits in the coming weeks to evaluate Brazil’s export control systems for export to the EU. It comes following last month’s revelation that 1,000 police raided 30 companies in Brazil with accusations of rotten and dangerous meat having been sold and public officials bribed.

Officials from the EU’s Commission for Health and Food Safety have confirmed that the inspections will be with specific regard for the measures taken following the outcome of the police investigation. These are all part of the multi-tiered EU surveillance systems for biosecurity, food safety and disease control. There is also Europol which works with international police networks to tackle people smuggling, food fraud and counterfeiting.

And this is where I get seriously bored of the Brexiteer narrative that we should not have to pay to trade with the EU. We don't. It isn't a market entry fee. It is the cost of operating a Europewide system of market controls. This is why you can be reasonably assured that when you get your prescription form the chemist you are getting the real deal and not bleach powder. Fake medicine accounts for nearly 70% of the pharmaceuticals market in parts of Africa.

As to legacy payments made to the EU for the purposes of bailouts etc, these are made as part of separate agreement and largely done in the common interest. The politics of that are disputable but as a matter of accountancy, they are not linked to our overall budget contributions.

The short of it is that there are financial obligations and member states sign off on the Multiannual Financial Framework which makes us a contracting party. How much that actually runs to and how we pay it is the subject of much debate and there will undoubtedly be an amount of haggling over the final sum. It has to be based on some kind of quantifiable expenditure rather than numbers plucked out of the air by EU official or FT hacks trying to stoke up a scare. Conventional thinking puts that at somewhere between 40-60bn (£). Interesting that the FT runs with the figure in Euros.

The suggestion that it is a lump sum to be paid up front is also, as far as I can tell, spurious since the thing about a Multiannual Financial Framework is that it is a Multiannual Financial Framework. It may become a thing, but probably not. The short version, there isn't really a story here yet except that which the Financial Times manages to manufacture. Unless you hear it from the horses mouth, and that horse is speaking in an official capacity, it's best not to get carried away.

But what's really getting my goat is the eye-popping belief system of Brexiteers that says the UK can casually dispense with the EU and do as it pleases in the international arena without any repercussions. What do they suppose will happen to our credit rating should we walk away?

Worse still is the assumption that the EU cannot adapt to our departure. There is no doubt that Brexit will cause significant disruption to the EU and it will have to scale back a number of its operations - and that will be to its own detriment, but it still has its own systems and agencies to call upon. Our own will be in their infancy, a lot less influential and an order of magnitude more incompetent for the foreseeable future.

A lot of people actually want this to happen because it is the equivalent of a nuclear bomb going off inside the state where any normal operations just cease to function. Believe me I really can see why that would be an attractive proposition, but actually that has very real world consequences for all of us. Suddenly invisible government that we are used to functioning quietly in the background stops working and we very much notice its absence. Funds will have to be diverted from every day governance. And yes that does mean social care. No budget will be safe. That's great if you're a nihilistic libertarian. Not so great if you're at all normal.

People think I'm being overly pessimistic or exaggerating but the apparent lack of flexibility we see up front in these negotiations is the exact same inflexibility we will see after the fact, only we will have squandered all good will with the EU while landing it with enormous costs. They will not be inclined to break their rules and they won't be in a rush to do us any favours when we realise that market participation was actually necessary. If you think they are seeking to punish us now, wait and see what happens if we pull the plug.

One way or another we are going to be making payments to the EU for some years to come. If not as part of the final settlement then as part of an ongoing relationship. It's just how the system works. Are we really going to quibble over money? If we are then what was the point of all this? I didn't vote to leave for £350m a week - and what we pay to the EU is a fraction of what we spend elsewhere. A few years more won't hurt. Unilateral Brexit most certainly will.

If you thought Brexit was was a short-cut to saving a few quid then you really were born yesterday. Much of the single market exists to remove red tape and reduce duplication. In areas of technical governance there is more good than harm in it. To get the best from it we contribute toward its upkeep and that saves us money. Who cares?

The reason to quit the EU was to stop harmonisation and integration for its own sake - to stop the transfer of vital powers. We can do that without rowing back on a lot of developmental progress. It's unnecessary. If we walk away however, we will pay in more ways than I can imagine. A hundred billion will seem as chump change compared with losing our European trade. And no, shit for brains, we can't trade on WTO terms. Do I really need to keep saying this?
By Pete North at May 04, 2017

Your "I'm clever and you're stupid" writing style is very annoying to read. Maybe as you say everyone else on the planet can trade with the EU on WTO terms but we can't somehow, maybe you are cleverer than everyone else but the writing style makes you come across as a complete dick.

Enough of this shit, bring back the devil.

The point is no other country of any importance trades with the EU purely on WTO terms as you would know if you bothered to do some research before disregarding Pete North's 'shit' as you call it.

I suggest you start by interrogating the EU's treaty database. Here is the advanced search menu. Select any country on the planet and select "trade" as the nature of agreement.

J-C Drunker seems to have just dropped his glass. But never mind, I'm sure he'll add a little something to his made-up figures to cover it.