Technocracy must be subordinate to politics 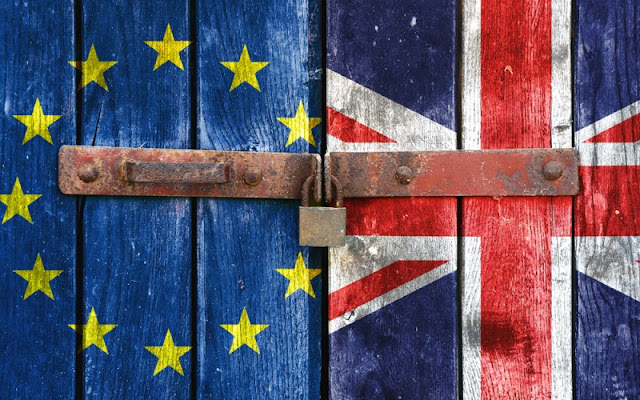 Experts. The problem with experts is that experts are people too. They can know stuff but they can still also be malevolent, biased and selfish pieces of shit - so please don't tell me that we should listen to the experts. More to the point, for every expert you see there are experts who don't have a platform specifically because of what they say. Politicians and media are very selective in the experts they choose.

Does this mean we should stop listening to experts? No. I do. I listen to as many as possible. In fact I get some of my information on trade issues from avowed Europhiles many of them working in the EU. These people are technicians and lawyers who have some useful and interesting things to say.

What they can't tell me though is who I want as my government. The choice is to have corporates, NGOs and foreign governments steering the agenda on a ratio of 27:1 presenting agendas to a toy parliament for rubber stamping, or we can have politicians elected by us.

As members of the EU we have some influence but as we play by the rules, if the supreme authority overrules us then we have no say in the matter. That happens more often than I would like. In some instances it wipes out entire sectors at the stroke of a pen for entirely spurious reasons and sometimes based on junk science. As members we basically waive the right to say no.

This is actually why I am comfortable staying in the single market. There is a lot to be said for having common policies and harmonised approaches. It facilitates certain liberties. For the purposes of trade I see no real harm in that. It's when those agendas overreach into those areas that are not and should not be the concern of the European Union. That means we need two things. The right to say no and the right to change our minds.

When it comes to things like management of the land and our seas and labour rights I rather think it best if we have ultimate veto over what happens. After all this is our country and our environment. Installing one size fits all policies for the sake of a federalist ideology is not only antidemocratic it can also be damaging to livelihoods and landscapes.

Those who say we should listen to experts, typically remainers, actually mean that the experts should be in change and we should do as they say. This is a clinical and depressing world view. Very often experts deal in specifics. Economists spend their time on devising ideas to create wealth and how to remove barriers to it.

The problem is though that this is their only concern that fails to take into consideration certain basic human needs, be they community, identity and security. They can provide templates to guide us and parameters to work within but we can never be slaves to numbers on a screen. As humans we must shape and control our own environment according to our local needs and customs. That is what brings about diversity and innovation. It is we who should be instructing the experts. Cold logic may dictate that capital has greater freedom if we eradicate all those inconvenient things like borders and local by-laws but the needs of people must come over and above the needs of capital.

When it comes to international law and regulation it is very much to facilitate the activities of multinationals from banking to shipping and agriculture. It is in our material interests to ensure this activity can advance with as few impediments as possible. Globalisation, however, assumes they have an absolute divine right to operate as they decide and have enlisted our politicians to work in their favour rather than as servants of the public. This is why they were so keen for the UK to stay in the EU and this is why the EU favours technocracy over democracy.

This is at the very heart of Brexit. Ultimately it is a question of who our politicians serve. If there is any point to government at all it is to ensure that there are entities capable of wielding authority in order to curb the worst excesses of capitalism. The excessive greed, the dishonest practices and the exploitative methods. If instead we find that government exists to facilitate it then government has become the enemy.

But then as much as corporates love the EU, so do tyrants. By this I mean the many global NGOs who have found that in the EU they have a vehicle sat their disposal which allows them to subvert the democratic process. Rather than having to go the long way around and persuade people of the need to change their ways or to vote for certain changes, they can go to the EU.

This is the inherent problem with the EU. It is a top down system far removed from the people it notionally serves while robbing them of any meaningful powers. The ritual of electing MEPs is a decoy to distract an unwitting public who believe this to be an adequate line of defence. What we find when we take a closer look is that MEPs are neutered, without influence and very often lacking the ability or opportunity to influence the agenda.

In this you could argue that it has all been in the common good. After all the EU has enhanced certain liberties and facilitated trade in ways we could not have done otherwise. But in the end it is we who must decide what is in the common interest and what is in the common good, not a selection of bureaucrats, officials and corporates. Ultimately it is that lack of consent that leads us to Brexit in the first place. Forty years of stored up resentment of things that have been done in our name without being allowed a say. This is not government by the people of the people.

As we move into the era of a global economy we find that there are any number of authorities. It is a marketplace of conflicting interests seeking out their own fortunes and carving out their own influence. Nation states are but one type of actor in this arena. To that end our government must be our representative capable of forging alliances as a means to defend the people against unwelcome intrusion. In this the EU has become so big, so unwieldy and rudderless that it has become one of those authorities we need to defend against.

Democracy may be imperfect and the judgement of people may at times be unsound but ultimately the public live with the consequences of their choices. This is part of the bargain. They may not always act rationally or even intelligently but they are acting according to their own will in collectives chosen for themselves. That is how they shape their environment as is their right. And that's really how it should be. The people may not be economists or scientists but they are the experts in how they want to live.

The EU as a construct is ultimately one which thinks it knows what is best for us. And this is why the modern left love it. They have long since made peace with capitalism. Standing up to it is no longer their concern. There is mutual understanding that corporates get to do as they please so long as part of that bargain is that the left get to tell people what to do and how to live. They are entirely comfortable with the removal of choice just so long as they are in control. This is why Brexit brings about such autistic screeching from the establishment left. They feel the power slipping from their hands - and into the hands of the people. Up with this they will not put.

I don't deny that there are costs and distinct disadvantages to leaving the EU but these are short term considerations. The economy will eventually recover and we may yet avert a Brexit trainwreck. We will work it out somehow. What we do here is in the name of democracy. That is why us leavers ultimately believe almost any price is worth paying.
By Pete North at April 28, 2017

"It is a top down system far removed from the people it notionally serves while robbing them of any meaningful powers"
Well said.

Whenever I read this sort of thing for some reason a vision of the now multi millionaire Mandelson sitting on a Russsian oligarch's yacht, wondering whether or not to abolish the EU 14.5%. tariff on aluminium imports

Oh and yes, you're right, he did abolish it.