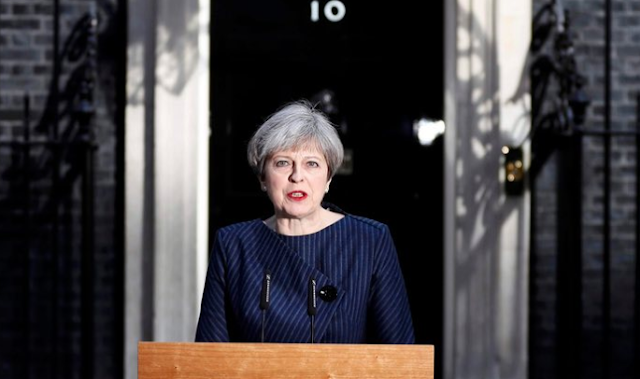 Every now and then I see a clip of the TV show "The thick of it". It's one that passed me by when it was first aired. It's a shame as I think I would rather have enjoyed it. In fact I think I would appreciate it more now in light of my referendum experiences. The programme paints a picture of jumped up spads managing every last communication with the outside world, maintaining a firewall between politicians and the public. Everything that so typifies the Blair-Cameron administrations. Everything I have hated about politics in recent years. It's good to have a periodic reminder.

Over and above the normal message management, though, was an integrated array of policies - not actually designed to address a particular problem, rather they were geared toward reinforcing a brand image. A faux-progressive veneer that appealed to the narcissism of the London liberal set. It really stands to reason that further EU integration would be part of that shallow agenda.

Latterly this political culminated in the further Americanisation of politics where we saw televised leader's debates, with everything reduced to soundbites - where the PM's hair stylist was as important to have on staff as a senior political advisor.

As this kind of politics became more entrenched, so did the counter narrative of an aloof, remote class of professional politicians - the ideal bogeyman for any counter-establishment campaign. In many respects the then establishment was the architect of its own demise. Bland and sterile centrism was on borrowed time.

Fast forward to now. Brexitworld. How things have changed already. Personally I am not all that impressed with the PM as a political thinker. She is easily led, badly advised and out of her depth. She is not, though, a presentation politician. Or at least not by the standards set by her predecessors. She does not court the media so frequently and she has already made it clear that she will not participate in any televised debates. She speaks to the public, not the media.

This, of course, prompts a number of howls from the Greens and Plaid Cymru as though these tawdry media circuses were a cornerstone of our democracy - despite them only appearing in 2010. If anyone is out of touch it is they. Left wing populists who haven't worked out that their time has been and gone. Throwbacks to that era. We do not want these televised sideshows, we never wanted them, nor do we want the vapid media blather that goes with it. You can keep your asinine Guru-Murphys too.

In this respect, thanks to Mrs May, we are already seeing a restoration of some of the gravitas our politics has lacked over the last twenty years. That is to her credit. I wouldn't go as far as saying Mrs May was anything close to Mrs Thatcher, but her dignity is what I have missed most in politics. I appreciate this could still be the product of sophisticated message management and it's just that my bullshit radar is getting weaker as I get older, but I do think this sets the right tone for the new era. This is a time of serious politics the like we have not seen for many years.

Arguably this is a consequence of the vote to leave the EU back in June. I don't see that it was going to change any other way. Cameron and Osborne would still be in charge, striking their ridiculous poses and staging visits to northern factories. Instead I now get a sense that, in her own cack handed way, Mrs May is seeking to connect with voters, fashioning her approach according to their values rather than the Twitterati and the Westminster bubble. It's a touch illiberal for my tastes but if the polls are anything to go by it's popular enough.

If there was one thing most voters agreed on in recent years it was the need for a new politics. Many politicians have claimed to be the manifestation of that, be it Farage or Corbyn, but actually the real manifestation happens to be Theresa May. This is not to say that Mrs May is a radical. She is about as ideas free as her predecessors - but then Mrs May does not need to be a radical. Voters have been radical for her. Brexit is about as radical as we need for now and all she has to do is deliver it.

One is then puzzled why anyone would want to wind back the clock on Brexit. Whatever happens now we will get our new politics. Already business as usual is disrupted, non-essential lawmaking is on the back burner, and public debate is focussed on matters of existential substance. The next ten years or more will be devoted to revisiting our statute book; redefining the structures and institutions of government. It will be the first comprehensive review of the UK constitution since the war. What's not to like?

We do not as yet know what Brexit will look like but we can safely assume British fishing will be up for review along with agriculture and labour law, and for the first time in a very long time we will have our own trade policy. We'll be having debates about issues buried for decades. Why would you want to go back to the stagnant universe of pre-Brexit politics?

It's early days yet and I am still not convinced for a fact that we will leave the single market. Certain realities are starting to dawn on opinion formers and politicians alike. Nobody is expecting sunlit uplands and rainbows. Outside of the government and the readership of the Daily Express, the strawman Brexiteer does not exist. Of the fifty two per cent who voted for change there were no homogenous traits. Most recognise that there will be trade offs between trade and control, democracy and liberty. British voters are treating this with the gravity it deserves.

The reason I can tell is because they're not voting for Labour. They know that Jeremy Corbyn has nothing to offer, nor indeed does his party. It would also appear that those seeking to wind back the clock are putting their faith in Tim Farron, a pinch-faced worm bent on taking us back to that era of narcissistic presentation politics and centrist political deadlock. Back to those days of asinine and trivial politics. Back to those days where mainstream politics wallowed in its own inward looking insular bubble, completely oblivious to what they have signed us up to.

For the first time in my adult life politics is finally getting real. When I do vote Conservative in June it will be reluctantly, in the absence of any new movement with good ideas, but in the subsequent disarray space will be created for new ideas and new innovations out of necessity. This is the democratic renewal I voted for. Something interesting may arise from the husk of the left - and maybe the Tories will implode as Labour just have. By 2025 we could be looking at an entirely new edifice of politics and entirely new debates, long departed from the vexed question of EU membership. A genuine new era of politics.

It is said that we leavers are the inward looking ones seeking to wind the clock back. I couldn't disagree more. For me I can imagine little more stultifying than carrying on the same tedious debates from our parents generation. Nor could I stomach any more of the same cloying sycophancy of media driven politics. Brexit is about change, it's about moving forward and dealing with the world as it really is rather than reinforcing the failures of the last century. We have really started something here and I don't want to put the genie back in the bottle. Luddites and naysayers be damned. The future starts now.
By Pete North at April 19, 2017

Do the Greens, Plaid, Labour et al think we are too stupid to realise how these TV debates are rehearsed ad nauseam and are about as real as the TV make up slapped on to flatter under harsh lighting? May has it right. Get out and give speeches to the people. Take questions. Talk down or put down the hecklers. Talk to real voters. Above all LISTEN. Not listening did for Cameron.