There is no "walk away" option 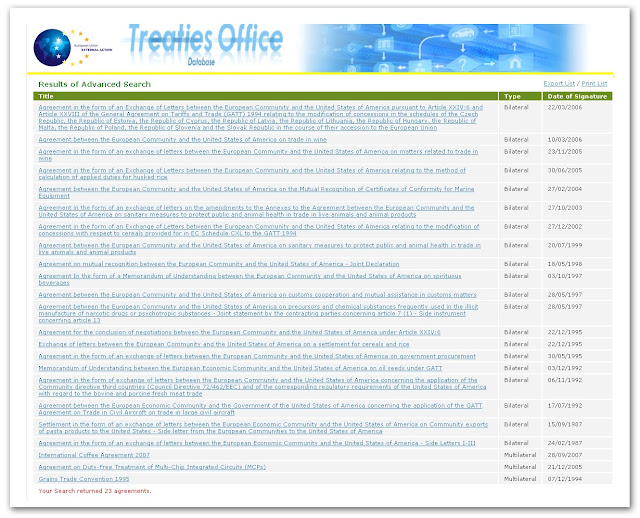 Due to the lack of a proper threading system, it is difficult to reply to comments adequately. There is one comment on the previous post though that demands a response - with particular regard to what happens if we leave the EU without an agreement...


What you don't get is the WTO rules. Tariffs and barriers ratchet down. Countries that agree to no barriers or tariffs cannot reintroduce them unless both sides agree. The countries are to use the jargon, "bound". So the EU needs the UK's agreement to change the UK's access to the single market post Brexit.

This is the same misapprehension we see in David Davis and John Redwood et al. Our commenter has misunderstood the concept of reciprocity. The EU, under WTO rules cannot impose barriers on us that it does not apply to anyone else. What gives us preferential access is membership of the EU or a specific comprehensive trade agreement.

The crucial point on this issue, is that when we leave, the EU will be applying existing "third country" rules and controls to UK exports. The same ones it applies as a default to all countries which do not presently have some kind of deal with the EU. Contrary to the assertions of Brexit zealots, it will not be erecting barriers against us. They already exist. We are voluntarily moving outside the castle walls.

We are told by Brexiteers that we can trade on WTO terms citing the USA as an example. Except that there are many different kinds of trade agreements. The USA may not have a deep and comprehensive agreement with the EU but it does have dozens of cooperation agreements and customs accords (as illustrated above). In fact, there are only nine countries presently trading with the EU without an agreement of some kind. Most of the world has some sort of agreement, be it only a basic one.

Leaving without an agreement means ending our EU relationship in entirety without anything to replace it. That means an immediate end to free movement of goods and services along with passenger rights, chemicals registrations, pharmaceutical certifications etc. Tariffs are neither here nor there. The EU is a complex system of government developed over forty years and without an agreement our exports are dead in the water.

In this, we cannot retaliate since, under WTO rules, we cannot apply a new set of barriers to the EU without extending them to everyone else. Since imposing import controls would effectively disrupt supply chains, that would lead to empty shelves within days. Do we stop supermarket shelves being restocked just so that we can retaliate against the EU? And what do we tell people when they go hungry?

The fact is we are not simply ending membership of a golf club where we settle the bill and part company. We are disengaging from a network of agreements, long standing policies and institutions. This cannot be done at the stroke of a pen. There is no ripping up treaties and starting over. For starters that would destroy our credit rating and our international standing, and it would end all of the market access we presently enjoy. Moreover, it would ruin our chances of securing a replacement agreement in the future.

Like any other Brexiteer, I would like to see us out of the EU as soon as possible but there are no magic wand solutions - and whether we like it or not, the EU will continue to exist for a time to come. We need an amicable and measured departure and where possible we should seek to minimise disruption to the normal flow of goods. That is not going to happen without compromise and it is not going to happen overnight.

For decades, leavers have been screaming from the rooftops that the EU is more than just a trade bloc. This is something of an understatement. It is a supreme government for Europe - and one we had no business joining. But since we did join, the damage will take considerable work to undo - and it will take a very long time. Leaving without an agreement would be an act of self harm and it would make the process far more costly than it ever needed to be. The WTO option is not a realistic proposition much though I wish it were otherwise. It's time that Brexiteers grew up and accepted that leaving the EU has consequences.
By Pete North at March 12, 2017

The "no-one is as clever as me" writing style is really tedious. Bring back The Devil.

"It's time that Brexiteers grew up and accepted that leaving the EU has consequences."

The bloody nerve of you. What makes you think that Brexiteers aren't adult enough to understand that leaving the EU will have consequences, most of them far reaching ones, you arrogant prat.

I have a lot of respect for the position of both you and your father on all things EU but when you lower yourself to insult those who would support you, because it is your own sacred opinion that you are right in your frankly insulting generalisation that no Brexiteer is invested in the tricky, long term progression of full Brexit, then you are no better than the Remoaner nutjobs shouting down everyone who does not agree with them as being under-educated, pig-ignorant Little Englanders.

ASG. I believe the article was by Pete North rather than The Devil.