Michael Gove has, quite honourably, said that it was right for Theresa may to sack him as a minister...


"I had six years when I was a government minister. I had a chance to make a difference - I hope that I did."

The reforms that Michael Gove made in his time as Education Secretary will come to be seen as the most significant improvements to the British education system since the late 1800s—particularly in the introduction of Free Schools.

Gove made a difference—and his contribution should never be forgotten.
By Devil's Kitchen at December 10, 2016 3 comments: 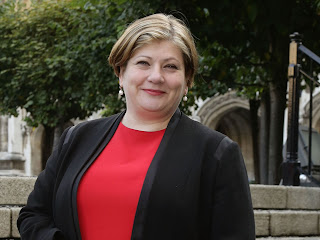 
Finally we of course must confront the wider philosophical question raised by the Shadow Foreign Secretary’s PMQs stint: namely whether or not she is the worst person in the known universe or if in fact there are others more worthy of the title.

No, there aren't—Emily Thornberry is the worst person in the known universe.

UPDATE: having said that, Anna the birthday girl would definitely give Emily a run for her money...
By Devil's Kitchen at December 08, 2016 1 comment: