We won—now stop being a fucking racist cunt 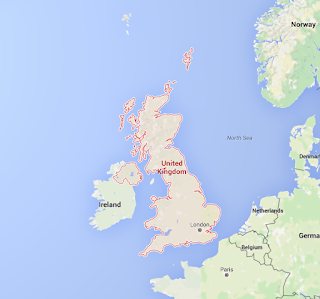 Look at all the fucking sea.

A number of people have been crowdsourcing links about racist incidents following the referendum vote to Leave.

Whilst I suspect that there is a certain amount of finding facts to fit the narrative going on here (these kinds of things are, alas, rather widespread across this country—we are not nearly as progressive as Londoners like to think), I would just like to issue the following message...


If you are one of the cunts who are now telling Polish folk—or anyone else—to "fuck off home", get in the fucking sea.

There's plenty of it, you know. Well, you probably don't because you are a thick-as-shit moron (although that's not entirely your fault given our shitty education system) who lacks—and this is what I really cannot stand—basic manners.

Either engage in a rational, civilised debate or fuck off and become a mercenary for hire in some fucking hell-hole like DR Congo.

Email ThisBlogThis!Share to TwitterShare to FacebookShare to Pinterest
Labels: Cunts of the Highest Order, EU, race

I think they got the message dude. To try and conflate liberty with migration bores my soul but it's a fucking island. It's a picnic - pick up you're own stuff etc.

Absolutely no-one could imagine what is going on in the Labour Party. We're in imaginery politics now - they've eaten themselves.

Anyway, Sir - to you

Have a great summer

Wonderful-- just like the good old days when your blog was my first port of call after my PC was fired up. Nostalgia --a thing of the past --fucking hellski.

These days, even nostalgia isn't what it used to be.

Oh do fuck off you moron