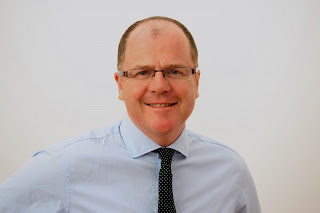 George Freeman MP—who is, apparently, some kind of minister for the life sciences in this exciting new Tory government—has been spouting some ignorant bullshit at the Hay Festival.


Mr Freeman told an audience at the Hay Festival that it was clear that sugary drinks and snacks were behind the worsening obesity epidemic in Britain. “I don’t think heavy-handed legislation is the way to go,” he said.

Well, that's very kind of you, Mr Freeman. It's a great pity that the "obesity epidemic" is, by and large, a load of old bollocks—with researchers predicting some kind of lard-arse armageddon that has, consistently, failed to materialise (a bit like climate change, really).

But George thinks that it is a crisis and—perhaps whilst he was obtaining his degree in Geography—it looks like he once heard someone explain Pigou taxes.


“But I think that where there is a commercial product which confers costs on all of us as a society, as in sugar, and where we can clearly show that the use of that leads to huge pressures on social costs, then we could be looking at recouping some of that through taxation.

“Companies should know that if you insist on selling those products, we will tax them.”

George's trouble is, of course, that we cannot "clearly show that the use of [sugar] leads to huge pressures on social costs".

What we can show, in fact, is that calorie consumption has fallen rapidly throughout the century—to the point that the average adult's intake is now below the recommended intake during war-time rationing.

The human body, as an energy machine is pretty simple: if you burn more calories through activity than you consume, then you will lose weight—and vice versa. And given what we know about these two factors (neatly summarised in this excellent IEA monograph by Chris Snowdon), there really can only be one conclusion:


So, once more we are forced to wheel out the Polly conundrum: is George Freeman MP ignorant or lying?
By Devil's Kitchen at May 22, 2015

He's a politician, odds are good on both...