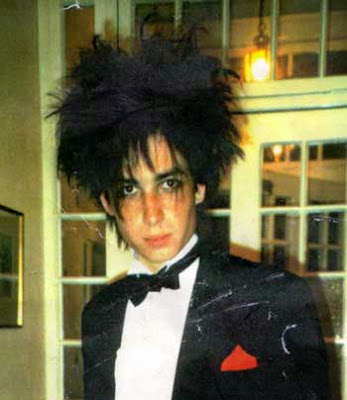 And so began my love affair with The Cure—an affair that has yet to end.
By Devil's Kitchen at August 27, 2014

Email ThisBlogThis!Share to TwitterShare to FacebookShare to Pinterest
Labels: music, The Devil himself

So good to see you blogging again, even in snippets and I'm even more grateful that it's not about politics and politicians (damn them all). In your honour, I'm about to load up my Cure folder and meow along to the Lovecats.

I didn't realise you were blogging again, good to see that you are. I remember The Cure being a kind of 'background' thing when I was growing up as a kid. Friends had them, on vinyl, back when the options were vinyl or cassette, and they were on the TV - a lot, and I never really made the effort to listen to them, because that would be a bit like making an effort to breathe air.

So, off the back of reading this post, I've just gone and bought Disintegration from Amazon, and am now listening to the MP3 download you get, courtesy of AutoRip.

Thank you, and great to see you back, albeit intermittently it seems.