Putting your money where your mouth is 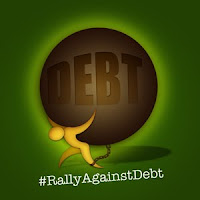 A couple of weeks ago, we saw 500,000 people marching—and occasionally violently assaulting businesses and people—in favour of the state spending yet more money on government-sponsored wank-fests. Plus, of course, there are plenty more big-mouthed arseholes on Twitter who believe that the government shouldn't be making any cuts.

And yes, most of us see our taxes taken from our pay-packet at source through PAYE. As a result, many people are not really cognisant of how much tax they pay—but I think that we can assume that these supporters of our essential front-line services would happily pay more tax to the government in order to protect their vital infrastructure .

Luckily, as we all know, the Treasury and Councils are more than happy to accept voluntary tax donations. Simply enclose a cheque and covering note and send the moolah to:

So, how many people did that last year? I would imagine that at least the 500,000 people marching did so, eh? As UKIP Councillor Richard Lowe discovered through an FoI request, it seems that far too few people are really ready to put their money where their mouth is.

Bearing in mind you’ve a lot of wealthy, big state fans – Lord Sugar, Lord Sainsbury, Colin Firth, many
other media types who write in to papers complaint about cutting the arts, heck, even Bob Crow, head of the RMT Union who wants to tax every text message and email sent by a penny is on well over £100,000 a year!

So, bearing in mind there are all these rich people who want the Government to spend more, interfere more, and not cut anything, how much was donated by those alive from 2002 to 2009?

Look, the situation is really very simple: in order to enable the vastly increased public sector spending that has happened over the last few years, the government has been spending vastly more than it earns in tax receipts.

Had these people voluntarily donated an extra £1,000 per year, the Treasury would have had another £0.5 billion to ring-fence services.

So why—in the name of fuck—do these cunts think that those of us who are not employed by the state (and, mostly, do not avail ourselves of its services) should be forced to pay yet more when they themselves do not consider the services provided worth shelling out more than £7,349.90 extra for?

Fuck me—it would be pathetic were it not so evil.

Yes, evil. For this collection of 500,000 abominations don't want to pay for these jobs and services—no.

They were marching to force those of us who are productive—those of us who produce wealth through our hard work, our ideas, our capital and our innovations—to support their lifestyle of indolence, extortion and stupidity.

It is difficult for me to express my contempt for these unmitigated bastards in words—I feel a physical loathing when watching Bob Crow doing anything.

The best that I can do is to express my own revolt by marching, drinking and having a fucking good time—so, on the 14th of May, I shall.

And the rest of you loathsome hypocrites can fuck right off.
By Devil's Kitchen at April 04, 2011

I have long believed that those who tend towards socialism have a genetic defect. I'm sure I've read a few articles on the web to support this belief.
So, I suggest that the NHS should actually be testing for the socialist gene and preferably eugenicising those found to have it.

Is a "bequest" when the government takes stuff from people who have no will or relatives?

Wonder why 3 people decided to donate £3 to the state.

Also, how long did it take them to work out it would take too long to retrieve the records for 2000-2002? Instead of doing that, they could have just given the figures from 2002 in the first place. And they pay themselves £25 an hour for that (although most of it gets "repaid" to the state again anyway)

I've not searched your archives, but have you posted anything anywhere showing the government services you are quite happy to pay for?

As an aside may I draw your attention to Goldacre's article and tie it to your own "we saw 500,000 people marching—and occasionally violently assaulting businesses and people"; no, no we didn't.

"I feel a physical loathing when watching Bob Crow doing anything."

I bet you wouldn't if he decided to publically impale himself on a stake...

I'm guessing that the bleeding hearts that have a few extra quid give their money to charity because they believe it will be spent better..!

"the government has been spending vastly more than it earns in tax receipts."

"the government has?" Shouldn't it be "the government [a collective] have?" Thought I understood British English, but now I'm confused. Is there an American in the woodpile?

DK, I am so glad you are back to the swear blogging! I am also glad you are on board with this. Great graphics - lets tie it in with the "Britain Shrugged" campaign to get *that* film shown in the UK.

See ya on the Rally!

So if each of the marchers paid in £90,000 this and every year, we could, well, what? All that does is pay the interest bill TODAY, not the even bigger bill we have tomorrow due to the Tories not cutting fast enough.

So, you marchers, where is your 90 grand this year? How about looking at ending the deficit?

£320,000 each from you, each and every year even before thinking about inflation.

Them apples - how DO they taste now?

actually, only about 150k attended. I can't find a good link on this atm but I read loads of reports on this across the sphere. I recall it being on the spectator blog somewhere... maybe political betting...

your thrust still stands though mate!

"(though I hope the BBC will extend the same courtesy to us at it did to the TUC and multiply the total number by five)."

99% of the population won't even know your demo took place if asked but I bet a damned sight more will be aware Cameron stuffed £650m down the Pakistan shitter.

You are a fucking idiot. That will be all.

See You there Chris.

I'll be there too. Hope to see you all there