Once upon a time in Afghanistan... 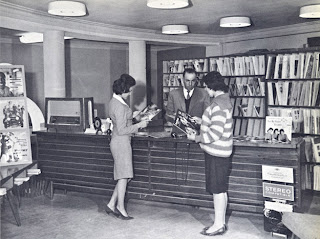 Look—no burqa! Afghanistan was not always the total hell-hole that it now is.

Mohammad Qayoumi, a native of that country now living in the US, points out that he grew up in an Afghanistan that was not a "a broken 13th-century country": it used to be civilised, a place where the empowering nature of education—for men and women—was valued over the brute force of the Kalashnikov.

Thirty years of war and idiot, evil ideologies have wrought incredible changes to that benighted country. As Strange Stuff points out,

It is amazing how far backwards a combination of war, Communism and Islam can push a country.

It is amazing, and incredibly sad. It is a transformation that Khaled Hosseini describes in The Kite Runner: the protagonist grew up in a civilised country, which gradually descended into little more than a permanent war zone. Until, of course, the Taleban came...

It is probably difficult to estimate the full scale of the damage wrought by that bunch of absolute bastards but, if nothing else, you can see their malign influence in the fact that these days "schools that educate women are a target for violence". As a libertarian, I do not believe in interventionist wars but, things being as they are, it is difficult to conclude that kicking the Taleban out of power was anything other than a good thing.

The trouble is, of course, that their replacements are little better; after thirty years of being able to augment their small stature and tinier penises with big guns and the beating and rape of women with impunity, the men of power in Afghanistan have come to enjoy treating others (and most especially women) as chattels—regardless of ideology.

Afghanistan is a terrible warning of the damage that dogma can wreak on a civilisation, and a clear demonstration that "civilisation" is not—as some seem to believe—a steady, inexorable upward curve.
By Devil's Kitchen at June 05, 2010

Qayoumi's basically wrong though. For the educated middle class in Kabul (ie a few tens of thousands of people), things were as he describes, and are now rubbish.

For everyone else (ie millions of people), things were just as bad as they are now, although admittedly with slightly less chance of being randomly murdered by lunatics.

Fortunately for them, most of the "middle class" left before 9/11 and came here or to the US, and can never go back.

Now where the fuck is the snooty git?

Why, sitting by his laptop, on the off chance that somebody will inquire about an LP stance. It's a happy life.

I don't see how it was all that great. Before, the Taleban ran things in a really nasty way. Now they still do the same stuff whereever they can and Western soldiers like a boy from my son's school die in the Afghanistan desert for little benefit. If the people of Afghanistan were not willing or able to fight the Taleban off I'm not sure why people like me should sacrifice our lives or treasure for their sake.
And, yeah, the place was nice in the 60s - my dad used to hang out in Kabul - but things change. I hear Babylon was pretty nice 2800 years ago as well...