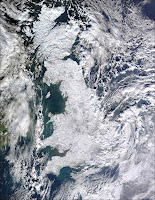 No, weather is not climate—remember that the next time that we have a hot summer (ha!)—but it's an amusing, impressive and instructive picture anyway (from the Beeb). But, believe me, it will not be a rare one in years to come...

Last Monday, your humble Devil took part in the first House of Comments podcast of 2010—alongside Will Straw and organisers Stuart Sharpe and Mark Reckons.

Here's a brief overview of what we discussed...

You can find the podcast on the super new houseofcomments.com (memo: don't ever use Streamline for your hosting) or you can subscribe on iTunes.

And no, I haven't listened to it yet: I hate hearing myself speak. I shall do at some point, fear not, for training purposes...
By Devil's Kitchen at January 11, 2010

Email ThisBlogThis!Share to TwitterShare to FacebookShare to Pinterest
Labels: DK on the loose, environmentalism, freedom, media

"can racial or other sorts of profiling to screen bombers work?"

A full body scanner wouldn't have stopped the Christmas Day underpants bomber. They're looking for THINGS instead of people, because to do so would shatter their multi-culti worldview that refuses to acknowledge plain facts; radical Buddhists are not bombing anybody.

Politicians are to a man weak and cowardly, unable to speak in plain terms on any given subject. They will continue to harass and inconvenience the law-abiding, while simultaneously ignoring more likely terrorist candidates in the name of fairness.

These people should be hanged from the nearest fucking lamp post, stat.