Dissent will not be tolerated 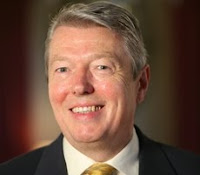 Via Tom Paine, I see that a lawyer who has campaigned against council cuts to care services risks being struck off.

A solicitor who helped thousands of people fight against cuts to care services faces being struck off after the councils she battled complained about her.

Yvonne Hossack will appear at a Solicitors Disciplinary Tribunal next month. She is accused of bringing her profession into disrepute.

Ms Hossack, of Kettering, Northants, who has been described as “a thorn in the side of the establishment”, could be fined £5,000, suspended or kicked out of the profession altogether.

Ms Hossack faces a range of allegations, including forcing the councils to waste time and money defending in the courts policies that she knows can only be delayed, and “improperly” encouraging clients to campaign in the media.

Because, of course, those councils don't have extravagantly-funded PR outfits and press departments themselves, do they? Oh, wait a second...

And these policies can only be delayed? So, councils have little or no control over the services that they provide? Is that what they are saying?

Well, that's a relief: I guess that councillors and other staff will be taking massive pay cuts, seeing as they are unable actually to make any policy decisions. Oh, wait a second...

And nobody, I imagine, will be surprised to find out that Alan Johnson MP—a disgusting little turd—will say one thing in private and another in public.

She has issued the Home Secretary, Alan Johnson, with a summons to appear as a witness after he declined to publicly back her - despite privately thanking her for fighting cuts in his Hull constituency.

Mr Johnson told Ms Hossack that she “done a brilliant job under difficult circumstances” in fighting against the closure of a care home.

“My constituents are extremely grateful,” Mr Johnson said in an email to the solicitor. "There is a large double gin and tonic waiting for you in the Strangers' Bar.”

However, he has not responded to requests to testify on her behalf.

Well, what a fucking surprise. Not.

These people are such a massive collection of cunts that I am surprised that anyone could possibly argue against reducing the power of government.

Good luck to Ms. Hossack. I remember her campaigns featuring in several different 'Private Eyes'. To be hauled before the Law Society beaks is the fate worse than death.

One never has all the facts of these things, of course - but I find it difficult to believe that any of the brethren, even the most difficult ones (and my own extensive experience has been that the profession of solicitor seems to attract some of the nation's most difficult people), would systematically abuse process in the way that's being alleged here. Just not done. One develops antennae for these thing.

is their any practical way to support her?--money etc?

Thanks for the links to Council Spending. Every week our council takes 25-30% of the space in the local paper's job section...

Alan Johnson is on holiday with his gay partner in some exclusive resort which has cost him at least £10000 it was intodays papers.

What is it about these MPs, particularly government ministers - are they wired back to front so that they always lie?

With our money being the operative words.

We shall have to kill them all. Things have gone too far and we were simply asleep.

Don't of course pay any attentiom to that: I am merely "very tired" just now.

Johnstones just another wingnut thats all.
Oh, and a crook as well probably.

A solicitor does her job effectively and gets hauled before the Law Society?

Ever actually complained to the UK Law Society about a genuinely incompetent / lazy / crooked / errant Lawyer? See how far you get.

Its just about typical, I'm not even surprised. Oh and thats an accurate description of Postman Plod as well

Has 'Enry Norf Lahndan been at the wacky baccy? Alan the Postie is twice married, both times to women. While this is not proof positive of broadly hetero preferences, it makes the idea of him swanning off to a posh resort with a gay partner a little less plausible. Is Henry confusing him with some other politician? No doubt there are numerous candidates.

And as for politicians saying one thing in private and another one in public... plus ca change

Never mind got one name right Just the first name

I blame it on the heat

I would guess DK has a lot more time politically for Alan Duncan than for Alan Johnson..!

All the MPs in the current house with a few notable exceptions( The two independents and the MP for Kettering) should step down.

I am concerned, both biologically and anatomically by the expression "cunt of the very first water".

Would have been stronger without the "very" (tush tush, DK, and you a wordsmith) but, otiose adjectives aside, what exactly does it mean?

The answer "Alan Johnson" will not do.

Bemused ageing lefty said: "I would guess DK has a lot more time politically for Alan Duncan than for Alan Johnson..!"

DK will speak for himself, but you have missed the point of his site: it is Libertarian, not Tory.

'First water' is an old phrase, referring, I believe, to the custom of using tea-leaves several times: the first brewing for the masters, the next for higher staff, the third for 'skivvies' & boot-boys.
But, how can we support Ms Hossack?