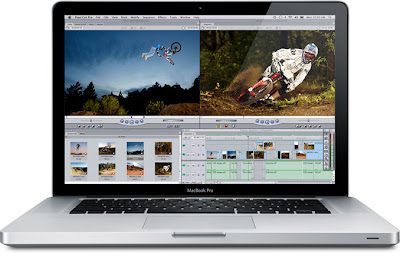 The new MacBook and MacBook Pro are an absolutely beautiful machines, fashioned from glass and aluminium. I want one. Of each.

Of almost as much interest, to me, were the sales figures revealed at yesterday's event (obviously, one should take them with a slight pinch of salt). It seems that, in US retail, 17.6% of computer unit sales are now Apple Macs; since Apple don't do budget machines, that translates into 31.3% of all the money spent on computers. Further, Apple are now the top supplier of notebooks to education in the US, at 39%.

This is no longer a tiny, niche product—especially not with Apple selling 2.5 million Macs in the last quarter alone.

UPDATE: John Gruber agrees, pointing out that these figures are not only impressive but they also paint a very pertinent picture of Apple's entire business.

What does not appear on that list is price. This is not to say price is irrelevant to the Mac, or that Apple is somehow immune to the circumstances of the economy, but simply that price is not and has never been one of the main factors in the Mac’s success. Cook’s list isn’t marketing bullshit — it’s an accurate, succinct description of Apple’s computer business.

Other PC makers fight viciously over pricing because it’s the only factor on which they can differentiate. Few of them bother trying to make better computers — most just build bland, junky wrappers around Intel’s reference chipsets. (Notable exceptions in the laptop space include Sony and Lenovo.) None can offer better software because they all ship the same version of Windows. They’re stuck with Vista. They all seem, for whatever reason, incapable of producing Apple-level marketing and advertising. And none of them who’ve tried have been able to do their own retail stores successfully. Price is all they have.

In fact, John sums up Apple's business in the most simple yet perspicacious way:

UPDATE 2: a lot of people are apparently whinging about the lack of a FireWire port on the new MacBook. It seems to me to be a fuss over nothing. I have a good many peripherals and I don't have a single FireWire device. In fact, the only FireWire device that I have ever owned was my very first iPod (2nd generation).

DISCLAIMER: I own Apple shares.
By Devil's Kitchen at October 15, 2008

This lust for Mac book is just so unignorable and is much more affective than girls. One cannot resist them without buying it.

I thought you were talking about dirt bikes, Devil...

Macs are the number one cause of homosexuality in modern society.

Macs are over priced and over rated, useless for accounting, databases and general business use. Unless you are a video editor/ graphic designer they have no real advantage over PC’s, and they are no good for gaming either. Only people that don’t know much about computing rate Macs, or people that have shares in Apple.

"Macs are over priced and over rated, useless for accounting, databases and general business use. Unless you are a video editor/ graphic designer they have no real advantage over PC’s, and they are no good for gaming either."

I love it when people write down their pig-ignorance for posterity.