And now, ladies and gentlemen, via The Englishman's Castle, here's another fun climate story.

THE last ice age 13,000 years ago took hold in just one year, more than ten times quicker than previously believed, scientists have warned.
Rather than a gradual cooling over a decade, the ice age plunged Europe into the deep freeze, German Research Centre for Geosciences at Potsdam said.

Cold, stormy conditions caused by an abrupt shift in atmospheric circulation froze the continent almost instantly during the Younger Dryas less than 13,000 years ago – a very recent period on a geological scale.

The new findings will add to fears of a serious risk of this happening again in the UK and western Europe – and soon.

And in completely unrelated news, the sun still resolutely fails to show any spots as we wait for the now very, very late solar cycle to start up... 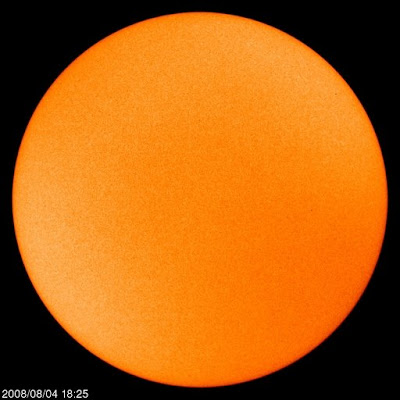 "Does anyone have a spare jumper or two?" That was funny!

I have to say, global warming doesn't worry me half as much as an ice age does. :o(

The tragi comic farce of the political class leading us into a Nu dark age is plain to see and we should have seen it coming, we had all the scientific knowledge and historical data to see it coming and we fucking ignored it for political expediency, listening to the wrong people and did the wrong thing for the wrong reasons at the wrong time!
All the nuclear power plants that should have been ordered ten years ago would be just coming on line about now offering plentiful and cheap power, but oh no, we had to listen to the crafty lying watermelons didnt we? We should have been busy securing our energy supplies and preparing for the new cool phase, but oh no we expanded the state gravytrain nonjob sector instead!(they will be a big fucking help when the lights go out wont they?)When the history of our tragic and avoidable downfall is written who will the historians blame? Was it the slimy commissars? Was it the watermelon marxist saboteurs? Was it the self serving scientists? or was it us who sat back and did nothing?
The evidence for natural solar driven cyclic climate variation has been right in front of us, all the historical data from centuries and millenia past, right there in front of our fucking stupid ignorant eyes and we ignored it like it was fucking invisible! The so called 'experts' of the IPCC said that the sun had only a marginal impact on planetary temperatures, can you believe it?(many did) Quick frozen Mamouths found in Russia on their feet still chewing grass for fucks sake and we didnt make the connection? The data was there, the evidence was there, the computers were there waiting to show the correlation between solar cycles and ice ages, but oh no we had to use the scientists,scarce resources and valuable time chasing a fucking fantasy chimera! If we had any sense, we would be busy pumping out as much C02 as possible and building nuclear plants and investing every spare red cent on fusion research, but Oh no we had to look for a scapegoat didnt we? Carbon Dioxide, the modern equivolent of the dark ages heretic/witch! C02, the perfect scapegoat for the Marxists/socialist/weakminded God believer to portray the greed of capitalism and free market econmics, and we fucking sat back like prize mug suckers and happily bought into the 'Brooklyn bridge' of long cons!
This oncoming tragedy should teach us a lesson we will never forget(if we live through it)and that is?

NEVER EVER EVER TRUST AN ENEMY CLASS POLITITIAN, THEY WILL LEAD YOU TO THE GAS CHAMBERS AND OFF A CLIFF WITHOUT A SECOND THOUGHT IF IT WAS IN THEIR INTERESTS SO TO DO!

Gotta have a bogeyman to keep us scared at night.
Gotta have a bogeyman to make us feel uptight.
Nothing like instilling an irrational fear to keep the proles in line.
We had the commies, then the alki adas, now it's global warming.
The science points to the industrial revolution keeping the ice at bay. Do we want to risk the consequences of turning the heat off?

Roger , it's not snow, it's soft hail

Forget the jumper. Does any one feel like handing me some food that I can stash somewhere sensible. If the globe cools crop yields are going to be umm negatively impacted.

That c@nt Monbiot has just appeared on Newsnight, responding to criticism from other lefties of his belated conversion to the nuclear argument by moaning "If we can't debate ths openly..."

No sign yet though, of him debating openly the validity of the AGW hypothesis, the hypocritical tw@t.