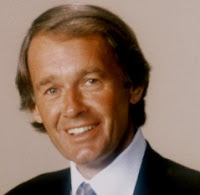 I forget where I originally saw this load of dangerous claptrap (although the Emperor Misha has a short, sharp comment) but it needs to be exposed as the bullshit that it is. Essentially, Congressman Ed Markey maintained that global warming led to the war in Somalia and the 1993 Battle of Mogadishu and the "Black Hawk Down" incident.

“In Somalia back in 1993, climate change, according to 11 three- and four-star generals, resulted in a drought which led to famine,” said Markey.

“That famine translated to international aid we sent in to Somalia, which then led to the U.S. having to send in forces to separate all the groups that were fighting over the aid, which led to Black Hawk Down. There was this scene where we have all of our American troops under fire because they have been put into the middle of this terrible situation,” he added.

This is, of course, bullshit as someone with some scientific qualifications helpfully points out.

But Myron Ebell, director of Energy and Global Warming Policy at CEI, told Cybercast News Service that Markey’s remarks reveal his ignorance about the science of global warming.

Well, come on, the man is a politician and they are generally ignorant of anything other than how to make more money, gain more power and get more secretaries and interns to fuck them over the desk.

However, what really fucks me off—what raises Malarkey Markey's assertion from being merely arrogantly pig-ignorant to being actually dangerous—is that he ignores the main cause of famines in general, and the Somali famine in particular: politics.

In his book, All The Trouble In The World, P J O'Rourke writes very elegantly (and amusingly) about Somalia; he travelled with a column of US troops delivering aid hundreds miles into the country.

O'Rourke points out that not once were they out of the sight of food: rolling fields of corn surrounded them on either side and the Somali gunmen who acted as drivers and guides—whilst the Americans hunkered down with their army rations—would simply wander into the nearest village and buy some traditional Somali fare there. That was, of course, when they weren't attempting to pinch and sell the supplies that the soldiers were carrying to their starving brethren.

Somalia was, O'Rourke opined, a bit of a shithole.

"Imagine a weight-loss program at the end of which, instead of better health, good looks, and hot romantic prospects, you die. Somalia had become just this kind of spa."

The starving were, of course, sitting in shanty towns constructed of... well... anything that happened to be lying around (which was not much) and people had nothing to eat. But not because of any catastrophic lack of food‐because they were politically disenfranchised.

Even Wikipedia points out, in its second paragraph on "famine", that...

... Although most famines coincide with regional shortages of food, famine in some human populations has occurred amid plenty or on account of acts of economic or military policy that have deprived certain populations of sufficient food to ensure survival.

Famine almost always occurs—and certainly at the extremes—because of politics.

Take the Ethiopian famine, for instance; yes, food was not as plentiful as it might have been, but the reason that people were starving was primarily political (especially the Red Terror).

The 1984–1985 famine in Ethiopia were two famines that occurred simultaneously in Ethiopia, of which the northern is the most prominent. In the north, the insurgency of the Tigrayan People's Liberation Front and the government's counterinsurgency was the ultimate cause of the famine, though the failure of the short rains in 1984 was the proximate cause. In the south, a separate and simultaneous famine is associated with the Oromo Liberation Front insurgency. The estimated death toll of the famines was over one million.

For Malarkey to blame global warming for famines that have occurred in that region for many hundreds of years merely displays a woeful ignorance and stupidity; but for this bouffant cunt mendaciously to use global warming as a screen for the real, devastating causes behind said famines is actually dangerous.

For as long as the politicians can convince themselves that it is not their fault then they need not address the crucial (and, all too often, disastrous) part that politics can play in said famines and, as such, they need never address or remedy these issues. And that ensures that these famines will continue and people will continue to die.
By Devil's Kitchen at July 15, 2008

The two things rarely mentioned about African famines over the last forty years or so is the degree to which they are manmade.

They are primarily the result of Marxist-Statist policies. The Marxist Derg in Ethiopia, for example, took what should have been a short-term localised food shortage and turned it into a disaster of biblical proportions.

Climate, natural disaster and all that jazz are occasional elements which impact specific areas for limited amounts of time. They are certainly not responsible for the continent-wide starvation we have seen. They are, however, extremely convenient ways to absolve the Africans of responsibility for Africa's problems.

Mark, Zim's problems re food distribution have been largely caused by Mad Bob siezing white-owned farms and handing them over to his mates. His mates being people who, by and large, would have trouble running a bath let alone a working farm.

In one fell swoop, Mugabe completely destroyed the agrarian economy on which Zimbabwe depends.

Whatever gave you that idea? Are you trying an ineffectual dig or do you really not know the difference between libertarianism (or even anarcho-libertarianism) and proper anarchy?

For libertarianism to function, the one thing that you must have is property laws that are both enforceable and enforced (by a minarchist state or by private courts (or both) depending on your preferred flavour).

Somalia conspicuously lacks an enforcement of said property laws to the extent that the few laws that do exist might as well not.

So, no, Somalia is not a libertarian country.

The only problem with Somalia.. Is religion... However it has one of the most sophisticated telephone networks in Africa...

Just a thought.. However I see your point...