The lovely Trixy has been skipping about in Brussels the last week and reports something insane.

Am back from Brussels after a day which could have been worse. Of course, it could have also been better. Yes, the Irish said NO. No, the Commission, European Council and national governments won't listen.
...

I overheard TEBAF Margot being interviewed last night and she said the Irish voted no because the No campaign went around telling people that under Lisbon children would be locked up. Which is of course both wrong and ironic because in the Nice campaign irish voters were told if they didn't vote yes, then the children in Eastern Europe who were locked up wouldn't be freed.

This morning Nigel Farage was on his was to do an interview with Sky and saw the potential next president of the European Commission again. He said to her "another referendum result for you to ignore, Margot?". She, of course, has the answers to the 'problem' that only politicians who will get the same money for less work want the feckin' treaty. Can you guess what it is?

The EU are going to fix oil prices. Oh yes, they are.

Oh, yes they are: the proposal is to be debated on Wednesday under the title of "measures to combat rising oil prices". 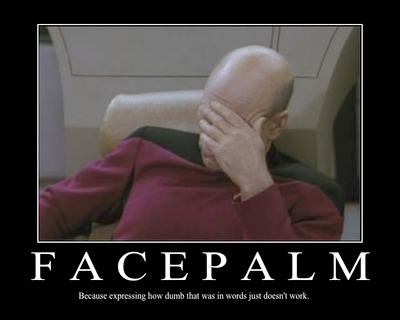 You fucking what? These people are insane.

Not only is it an utterly insane proposal in and of itself, I thought that the EU was dedicated to fighting climate change: they should be welcoming high fuel prices, should they not? After all, if oil prices are high, people will use less oil: this has to be a good thing if you are concerned about CO2 emissions, surely?

And you think they'd listen if we wanted to leave?

You can't keep ignoring people and expect them not to take things into their own hands.

hmmm.. which gets me thinking about Gerry Adams and his "the IRA havent gone away you know"...


but to be honest - i dont expect the Irish to lead the charge. there's a rather nasty neo-nazi movement in eastern Germany and several eastern european countries. my guess is that it'll be some Polish or Lithuanian guy that does the first anti-EU terrorist attack.

and once that happens, by god will you see the full force of the Lisbon Treaty swing into action.

its already happened - this week. fishermen + truck driver protests in Brussels , which was fairly violent.

truck driver protests in Spain resulted in one guy being run over - and killed.

my guess is that we're only 5 years away from some Northern League or eastern Germany neo-Nazi terror group swinging into action.

which of course, will be a perfect excuse for the Eurocrats to activate all those hidden clauses...

The night before TEBAF gets strung up, can I borrow her for an hour or two so I can give her one up the arse?

It won't be the far right - it will be the small businessman driven out of business by over-regulation - with no avenue of redress - it will be 'Falling Down' rather than Das Reich. And like John says - the farmers will lead the way.

Oil Price Controls? Whatever next eh? food price controls? All of this comes straight out of Mugabes play book methinks.

How about this as an interesting paradox; the EU, in an effort to curry support from the vast number of EU proles decide that the best way to issue price controls is to limit taxation on fuel to VAT ONLY - thus duty would be declared null and void by a directive, shaving off BILLIONS from Browns coffers.

We should be encouraging Margot to do it this way; it'd be interesting to see Browns reaction as his head explodes.

P.S. BTW what does TEBAF stand for?

anon - i agree. spot on - it will be a "falling down" guy rather than your usual suspects.