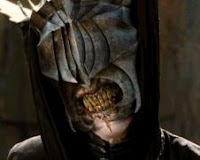 The Return of the King of Idiots

Ladies and gentlemen, your humble Devil apologises for the extended delay in your blogging service. This is due to the new job—which requires a certain amount of commuting as well as being very busy (I'm loving it, since you ask)—and a very busy schedule involving a rather lovely new lass, a visit by Timmy, lots of exciting events (including the ASI blogging piss-up) and, of course, an excellent James gig. In short, your humble Devil is very much enjoying his life at present.

As such, it is with some reluctance that I return to the inevitably insane and unpleasant world of politics and the ruination of our country by the corrupt freaks, weirdos, demons, bitches and whores of NuLabour.

Although we tend to focus on those fuckers who have been elected simply because they have the power to make our lives more miserable, we should never forget that they could not do so without their equally stupid, mindless, ignorant, slaves—those wankstains who support them.

Which brings us neatly to Neil Harding, the Mouth of NuLabour.

Well I do, and I agree with Brooker that hating the Tories is probably the most natural activity anybody could partake in.

Which makes Neil a total fucking bigot too.

Anybody who had the misfortune to live through Major and Thatcher's rule knows the current administration is a paragon of competence, virtue and liberty in comparison.

This is so patently fucking wrong that I barely know where to start. But I shall point out that, whilst a few members of the Conservative government were personally corrupted, NuLabour went further: NuLabour were selling government policy from the get-go, the parasitic, venal fuckers.

These bastards had barely been elected before they accepted Bernie Ecclestone's millions in order to change their policy on tobacco advertising; this is a line of corruption that runs from before this party got into power, up to (and beyond) the BAE investigation. The theme is clear and consistent: we will change our policy, make exceptions, protect your interests and, in return, all you have to do is give us money.

And Neil Harding says that this NuLabour is "a paragon of competence, virtue and liberty". But then he is so blinded by his bigotry that there is no other song that he can sing.

I also left this comment about the ridiculous right-wing attempt to defend the nasty Boris Johnson's past history of beating up journalists;

"I find it amazing that right-wingers are trying to turn Johnson’s admittance on tape that he would supply a journalists address to his fraudster friend to beat up, as some sort of heroics. You are propagandists of the utmost skill. If Johnson was being so noble, why the repeated pleas ‘you better not ***k this up, darry, if this gets out I’m finished’.

Well, it did get out and Johnson should be finished by it because this little episode reveals him to be the nasty weak little thatcherite hypocritical creep he is, and that goes for Cameron and Osbourne as well. You may not mind this nasty cabal running the country, but give me incompetent Brown any day compared to the damage these corrupt little Tory twerps will do to the country."

I grow tired of repeating myself, Neil; however, I am going to continue to do so until you get this into your fat fucking head. So here, yet again, is the account of Peter Risdon, the man who made the fucking tape in the first place. [Emphasis mine.]

As I mentioned in an earlier post, when I suspected Guppy might have framed me for a robbery in New York, I tapped his telephone—or more accurately, caused it to be tapped—and I released one of the tapes to the press. I know something of the background to this plot. I did at the time. I knew the heavies Guppy had commissioned to carry out the beating. They had a simple plan: take a 50% payment up front, then never do anything further. This is obvious when you listen to the tape, in fact. "The other chap's a bit impatient," explains the contact. "A bit of cash would calm him down". It's quite funny.

Less funny is the possibility that this episode could unjustly affect Johnson's candidacy for Mayor of London. I don't especially support Johnson, though I loathe Livingstone, but I'd like to see a fair contest. So let me just explain Johnson's role, as far as I can make it out from the tapes I made at the time.

He didn't know the heavies were planning to rip Guppy off. It must have seemed a serious plot. Guppy made it clear that he could try other means of finding the journalist's address. Johnson assured him he didn't have to—and did absolutely nothing at all to find it himself. I actually had that confirmed by Clive Goodman, the now disgraced formed News of the World royal correspondent who listened to the tape. Johnson said he would approach a specific third party. He specifically didn't. The only conclusion I can draw is that he was trying to make sure Guppy didn't manage to have the man attacked. Rather, he was stalling, waiting for Guppy's attention span to expire—a safe bet for those who knew him well.

I have to admit, grudgingly, that it is to Johnson's credit that he stood by his friend during his subsequent trial and conviction. I'd have prefered it otherwise, for personal reasons, but Johnson didn't abandon his childhood friend when it would have been convenient. I'm not aware he subsequently had much to do with him, but he wouldn't join in the pecking party.

Perhaps it would be more accurate to say Johnson took the approach "never explain, never apologise". The full quote is: "Boldness has genius, power and magic in it... Never contradict. Never explain. Never apologise".

Despite having this spelt out to him a number of times, Neil fucking Harding continues to repeat this canard, although now he has developed it into a quite obviously libellous meme about "Boris Johnson's past history of beating up journalists".

Whatever your take on Boris's actions vis-a-vis Collier, Neil, what you have written is quite obviously libel: Johnson has no "past history of beating up journalists".

But then what should we expect from a supporter of NuLabour? This is the most corrupt, evil, incompetent, mendacious, perfidious Government Of All The Cunts in living memory (is not in the long history of these islands): it is inevitable that only those who are equally debased would continue to support them.
By Devil's Kitchen at April 20, 2008

I thought it was Government Of All the Turds.

Yeah, he came over to my place and tried the same moronic justification for his libel with me. He got short shrift. I've given up any attempts to reason with him; he is just too far gone.

Neil Harding expresses himself uncannily like one of the loathsome trolls who hijack the Threeline Whip and Hannan blogs whenever they have a chance to turn them into an infantile rant about Boris Johnson: Hazel/Kevin Tree, Quietzapple and David Dee. I can't remember which one he most resembles, but he is one of them.

"But then what should we expect from a supporter of NuLabour? This is the most corrupt, evil, incompetent, mendacious, perfidious Government Of All The Cunts in living memory ..."

Couldn't have put it better myself, except I think for far longer than 'living memory'.

LBS: I don't think it's Quietzapple because s/he is incoherent, and in all seriousness I think that's down to mental illness. Neil Harding, on the other hand, is just plain nasty.

It is a strange truth that the left are generally more unpleasant, more unkind, more all round bloody nastier - than those of a more libertarian or conservative disposition... and yet they remain utterly convinced that they represent all that is compassionate in the world.

Don't forget what NuLab did when they were caught on the Ecclestone policy sale. They repaid the money - thanks to another £1 million donation from the owner of a chain of burger bars. What did he get in return? A reduced Minimum Wage for under-22s (i.e. most of his workforce).

in about 20 or 30 years time, it will become clear that Nu Labour had their fingers in the taxpayer kitty.

mark my words - we simply have NOT seen the worst of the corruption yet.

It's government of all the thieves, I did an on line poll. (talent, twats, tossers, turd or thieves, I think the choice was).

Ah c'mon, Comrade Neil only says things like that to wind us up, he can't possibly mean it seriously ... can he?

Brighton Regency Labour -- about as far away from the real world as it is possible to get without leaving the planet.

"Anybody who had the misfortune to live through Major and Thatcher's rule..."

No, he's just confused. Neil doesn't understand the difference between what happens in the real world and the fevered fantasy that occurs in what passes for his brain.

Most worrying is that people such as this get to vote and the rest of us live with the consequences...