A load of junk 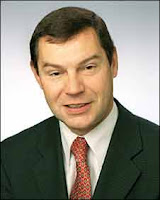 Nigel Griffiths MP: a deeply unpleasant, authoritarian cunt. May he rot in hell and may people piss on his grave.

It seems that MPs have actually resisted the urge to bansturbation over "junk" food advertising.

A bill calling for a ban on advertising junk food and drinks to children has been blocked by opposition MPs.

It's been blocked by opposition MPs? Um, the government has an overall majority in Parliament: if they wanted this to go through, then they could easily have ensured that.

The Food Products (Marketing to Children) Bill aimed to make it an offence to promote "less healthy" foodstuffs to children.

Mr Griffiths is a bansturbating cunt and I hope that he dies of something both painful and embarrassing, the fucking totalitarian sack of shit.

"Massive funding to advertise and promote junk foods - £800m a year - is undermining the efforts of parents to control the food and sugary drinks that children take, " he said.

Really? What the fuck? Advertising has been around for as long as trade has, i.e. for almost the entirety of human history; where has this idea that advertising is akin to brain-washing come from? Have we, as a species, become less sophisticated and more susceptible over time? If so, it's a poor look-out for the human race.

Actually, of course, nothing of the sort has happened: it is simply that we have become lazier and less able to accept the consequences of our own actions. The proper approach is that advocated by Harry Haddock.

Look, its quite simple. ‘Pester power’ can be defeated with a tiny, two letter device, known as ‘no’.

‘can I have some sweets?’

See? Simple. Either that, or give them a good beating.

Unfortunately, the Welfare State has infantilised the entire population and that means that the parents are also like children; like children refusing to do their homework or clean their room, the parents shy away from doing what is necessary and good because it is vaguely difficult or unpleasant.

Denying your children their every whim is unpleasant because they will bitch and moan for a while; but, in the long run, it will be far more beneficial to them. Seriously.

Naturally, there is some special interest group involved here.

However, some observers were disappointed that the bill failed to pass through the second reading.

Ruairi O'Connor of the British Heart Foundation said: "Junk food companies have been given a last shot to prove they can put the interests of children first, and take the issue of childhood obesity seriously, before the government will surely be forced to regulate."

"Parents are tired of fighting the influence of cartoon superheroes and TV advertising in the supermarket aisles," he added.

Well, you, Ruiri, should shut your fucking face. Bringing up children is not an easy option and nor should it be seen so; as a result, parents are going to get tired. Tough. It was their choice to have a child.

And, of course, like every other time that you see a "charity" standing up for yet more government legislation, they are funded by the government: in 2007 (the last year for which BHF accounts are available [PDF]) the British Heart Foundation was funded to the tune of nearly £10 million.

I am getting heartily sick of hearing these fucking "charities" backing yet more bansturbating, looking up their accounts and finding that they are, to a large degree, government-funded. These aren't charities—charity involves voluntary giving—they are effectively state-serving fucking QUANGOs. They are paid to toe the government's line of all things: they have been corrupted, just like every other "public" agency.

MPs who voted against this Bill: you've done something good for once. How does it feel? Rather novel, I'd imagine...
By Devil's Kitchen at April 26, 2008

Another "childhood obesity" measure: pity that there is no scienc that actually says there is such a thing. In places where average weight can be demonstratedd to have increased, height has done so as well. And to compare the children of the Thirties-Fifties to those of the Eighties-Noughties without taking into account of the Depression, war and post-war rationing...

Look through the archives at junkfoodscience.com: while a US blog, it often excoriates Scottish and British food-fight faddists.