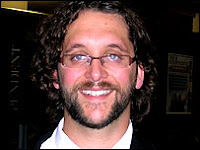 Just when I think that David Cameron's Tories can't get any worse, up pops a economically ignorant socialist nutbag who, in attacking the Tories, makes me think that the Conservatives aren't that bad.

As you know, I get extraordinarily irritated at all of this posing about "families"; I object to my lifestyle being curtailed simply because my money is being stolen in order to fund someone else's lifestyle choice.

My lifestyle choice is occasional relationships, hard work, drinking a fairly hefty amount of alcohol and occasionally taking drugs. There's no Tax Credits here, no breaks. Someone else decides to have a baby and suddenly its Tax Credits, Child Allowance, Social Housing and such.

Why is one lifestyle worth more than the other?

Some people might accuse me of being callous, especially in describing the decision to have a baby as "a lifestyle choice". But what the socialists have done, with their Welfare State, is even worse: they have made having children into a financial investment.

Some people might argue that we need to have lots of babies in order to pay for our pension funds. Leaving aside the fact that this is, again, viewing children as a financial investment, it is not even true.

Which one you favour is actually irrelevant; what I am saying is that we do not need to have lots more babies in this country. We could just as easily fulfill the pensions requirements by making everyone richer per capita.

Economics is not a zero sum game, of course; our economy tends to grow but the question is still the same. Would you prefer fewer, richer people or many more, poorer people?

Babies are therefore fairly irrelevant to the economic argument(altough the level of attainment of those babies as they grow is not).

So, having removed that particular argument, I ask again: why am I milked to pay for someone else's lifestyle choice? This was the source of my irritation with Cameron's maternity and paternity pay announcements.

Luckily for the Conservatives, up pops Kerron Cross, "voice of the delectable Left", to make Cameron not look like such a moron.

The fact is that the Tories don't really believe in the merits of paternity and maternity leave (and never have), like they don't really believe in providing families with the Minimum Wage, Working Families Tax Credits, increased work-life balance and so forth. They just want you to talk about whether it is right for Cameron to use his family (and what a nice family they are too) in this way.

Well, thank fuck for that. For a moment, I thought Cameron and his Tories were sincere in their plans to ruin businesses. But, in order to justify my label of Cross as an economic moron, let us take a look at Kerron's virtuous policies, shall we?

I am sure that there are many other things that Kerron is proud of, but I think that the above will do as an introduction to the moronic, economically illiterate, illiberal world of Kerron Cross, wouldn't you say?

Fuck off, Kerron; fuck off and weep for the lives you've ruined, and continue to ruin. You will get what you deserve.

P.S. Don't get me wrong: I still think that Cameron and Co. are statist idiots. It's just that, relative to some people, they look like radiant intellectual beacons of freedom.
By Devil's Kitchen at March 15, 2008

What you call "the ever-increasing underclass", leftists call "The Lumpenproletariat". In Marxist doctrine, the Lumpenproles are incorrigably criminal, dependent on handouts and completely disengaged from the political life of the nation.

In other words, Marx's Lumpenproles and your uentermenschen are the ideal subjects for a technocratic socialist state.

The goal of Labour's policies since before the Second World War has been to destroy the British working class, to make them passive, to make them controllable, to make them the drone-like subjects of middle-class leftists.

The Thatcher years represent the last time that the working classes of this nation stood up and demanded freedom, prosperity and opportunity in place of the paternalistic destructive welfare-ism of the left. It is for that reason - precisely because Thatcher came so close to destroying the Socialist dream and because the working class showed, in 1979, in 1983, in 1987 and even in 1992 under Major, that they valued the opportunity to enjoy the fruits of their own labour and personal advancement and education opportunity based purely on merit - that Thatcher has become the Great Satan for the left.

The working classes are the ultimate target of the British left. The destruction of middle class prosperity is merely a means to an end, a vehicle to make the working classes into the slaves of a state which can dole out or withhold money at its whim. Once they are in that position, they will vote repeatedly and blindly for any Labour candidate (which already happens in huge swathes of the country) because Labour becomes the party of patronage, the party which will dole out free money that you can use to buy beer and bingo tickets.

Things like the minimum wage and the wholescale theft of revenues from the people who've earned them not only assist in the process of enslaving the population but also stir up jealousy and resentment between the working and middle classes ensuring that they remain perpetually opposed.

I almost feel it was wasted on such a vacuity.

Devil, you write: "So, having removed that particular argument, I ask again: why am I milked to pay for someone else's lifestyle choice? "

Maybe so that there is somebody to wipe your arse when you are ending your days in an old peoples home.

It won't matter how rich you become or how big your pension if there aren't other peoples kids, by then grown to adulthood, physically present to do the wiping.

That said, God, how I loath these climate change bastards. Why is it that they are the same people who have tut tutted about smoking over the years. They are so smug and self satisfied and inevitably have a carbon footprint the size of an elephant compared with the man in the street. By the way I have a theory (more a posit really) that their underpants are none to clean. A pox on them, but not on their descendants, as they could come in useful for wiping duties at some later stage.

"It won't matter how rich you become or how big your pension if there aren't other peoples kids, by then grown to adulthood, physically present to do the wiping."

As someone who has done that job, I am aware of that.

However, we have something like 2.5 million out of work (including those on Incapacity Benefit that NuLabour thinks could work) and, at any one time, about 600,000 job vacancies.

We do not need to grow the future workforce by a large amount, especially as technology replaces the need for actual workers.

Do what I do, work the "allowed" 48 hrs then its cash in the hand and fuck you mr darling right in the ear.

An excellent piece that man. Completely agree with every single word of it. And I am known to be an argumentative bastard, so that is quite impressive in itself.

I was proposing just the other day on my blog that there were in fact too many people on this planet, so it was nice to read a more coherent argument for the same outcome.

Fascinatingly thought through section about Minimum Wage & Tax Credits too. As you point out, correctly in my opinion, Labour has completely screwed up.

I actually propose revolution: refuse (where possible) to pay Income Tax, refuse to pay Council Tax, and barter for goods and services to avoid paying VAT.

That should cause a few problems.

The argument, "We must have more children so the next generations can fund pensions" wouldn't be an argument if the pension contributions paid hadn't been spent by wasteful governments. The argument should be, "What the fuck did you do with my forty years of contributions?"

Like all socialists, he is driven by ugly mysticism.
There is a God called society and he must offer it the altruistic sacrifice of everyone.

"But people like Kerron aren't bothered; his mindless tribalism stops him being able to criticise his political heroes at all, despite the fact that it is the poor who suffer most from his vacuous loyalty."

This section is spot on.

But I seriously don't agree with your self-interested ideas on helping families. One of the biggest contributing factors to social breakdown and ASBO teens in this country is the fact that families break up. Most Chav kids who throw bottles at firemen and destroy public property whilst killing swans are from single parent homes (something which is consistently brushed under the carpet by Labour politicians) By encouraging families to stay intact (as opposed to rewarding them economically if the split up like Labour do) then the idea is that there will be more families, thus less youth crime, thus less of your taxes spent putting them through the courts and paying for their Playstation 3 in the juvenile centre they will spend time in. Like it or not DK, society will be more robust if families stay together than if they don't... But that doesn't factor into your thinking because you like to spend your money on Booze, technology and occasional drug-taking. What a retarded series of purchases, your life must be one modern adventure.

By encouraging families to stay intact (as opposed to rewarding them economically if the split up like Labour do) then the idea is that there will be more families, thus less youth crime, thus less of your taxes spent putting them through the courts and paying for their Playstation 3 in the juvenile centre they will spend time in.

I suggest a better idea: stop child benefit. Now. Stop encouraging people to have children by paying them to do so. It's insane.

The married are already represented in the tax system: why should we pay yet more for them?

But that doesn't factor into your thinking because you like to spend your money on Booze, technology and occasional drug-taking. What a retarded series of purchases, your life must be one modern adventure.

Whatever my life is, it is my life and my decisions. And people having children is their life and their decision.

If we carry on with this mad idea that we cannot actually change anything except by laying out yet more money to those whom the politicians deem deserving, we are going to end up bankrupt.