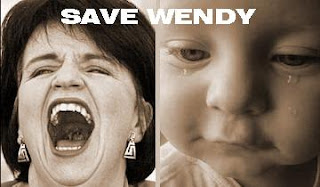 Via the poor little Greek boy's lengthy but beautifully written lament for the career of his unrequited love, Wendy Alexander, I find that The Sunday Herald has come into possession of a fairly damning Word document which, assuming that it is genuine, really does put Wendy deeply in the shit.

Days later, the Wendy Alexander Campaign informed the Electoral Commission that it had, in fact, received the donation from CPS. The details had been changed. Alexander's campaign team had information over three weeks ago that Green's donation was suspect.

At a time when there had been no press coverage of the subject, the team informed the Electoral Commission that the donation had come from CPS.

If the campaign had believed on November 5 that the Green donation was made through a UK-based company, why was the legality of the contribution questioned on its own list? And why was Green's Jersey address named as the contact detail?

Green's own interventions also implicate Alexander. He hit out at Labour for repeatedly dragging CPS into the mess, while making it clear that Alexander had sent him a letter to his Jersey address thanking him for the money.

It really isn't looking good for Wendy: my heart fucking bleeds. Mind you, she brought it on herself: seriously, what kind of fuckwit would choose that near-illiterate defender of Communism and bloated butterball cunt, Councillor Terry Kelly, as their election agent?

Nulab really show loyalty & gratitude towards their donors, don't they?