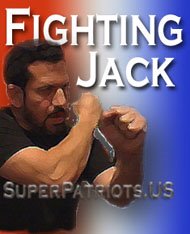 One of the problems faced by those of us who campaign for the release of illegally-imprisoned American Special Forces soldier Jack Idema and his men (Brent Bennett and journalist Ed Caraballo) is the general belief that Afghanistan is now a functioning, modern democracy. Indeed, most casual observers could be forgiven for believing that the war against the Taliban in 2001 swept clerical fascists from power completely, and that anyone falling foul of the law in Afghanistan today would be treated fairly.

This week, however, the mask of moderation finally slipped, and the world got to hear about the case of Abdul Rahman, the man sentenced to death in Afghanistan for the 'crime' of converting to Christianity.

Although it now seems as though Mr. Rahman has been spared, the fact that this only came about because of huge international pressure, and that, further, the judge who sentenced him immediately went on record as urging ordinary Afghans to 'tear Rahman to pieces' upon his release, acted as a wake up call for many of the people who'd believed the days of the Taliban were over.

Of course, for those of us who've followed the Jack Idema story for a while, Mr. Rahman's brush with death came as less of a surprise -- It was a similar, 'ex'-Taliban judge who presided over the travesty of a trial that saw Jack and his team convicted of kidnap and torture in September 2004. Back then, the bearded lunatic presiding over Jack's case, Judge Abdul Baset Bakhtyari, behaved in the following, bizarre fashion:

Back in 2004, it was near-impossible for Idema to get anyone to listen to his complaints -- It's to be hoped that the Rahman case will illustrate to everyone that they were entirely justified. 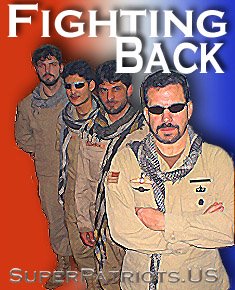 Just started a blogger blog after finding yours. Love the vitriol. Or should that be righteous fury? As someone tempted to read P J O'Rourke in the past but who never quite got round to it, which of his many texts do you recommend I start with?