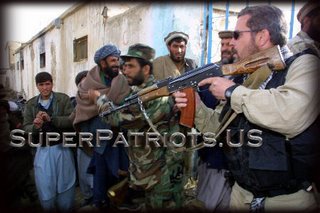 For anyone following the Jack Idema story, this week has been as frustrating as last week was eventful.

Last time around, the situation was that Pulacharke prison, where Jack Idema, Brent Bennett and Ed Caraballo are being illegally held, was largely under the control of rioting Taliban and al-Qaeda prisoners. Ed was a hostage, while Jack and Brent were holed up in their annex, armed, and protected by a group of Northern Alliance soldiers.

Then, late last Wednesday, a team of Afghan soldiers, led by Colonel Sherzaman (the brother of General Sherzaman, who died protecting Jack during a similar riot a year ago), forced their way into Block 1 and freed Ed Caraballo.

Running alongside these events, however, SuperPatriots were also reporting that President Karzai was demanding that all weapons and communications equipment Jack and Brent were using be confiscated. By last Tuesday (Feb. 28th) afternoon (at around the same time as rioting terrorists were being given amnesty), Karzai seems to have decided to use the Afghan army to back up these demands. This was the result:

Plainly, Karzai wasn't happy that Jack had helped publicise the truth about events inside Pulacharke. After all, Karzai and the U.S. State Department had spent the week playing down the scale of the riots, misrepresenting the true number of dead, and denying that the women hostages were being repeatedly raped. The last thing they wanted was to see the truth about what was happening leaking out, and especially not in the days leading up to President Bush's visit.

Added to all this, members of the MSM spent the week of the riots clamouring for interviews with Jack and his team. Although Jack turned them down flat, it's a fair bet that MSM were aware of the information being released through SuperPatriots and blogs, and were pressuring Kazai and Afghan authorities for a truer picture of what was happening inside the prison.

The reason all this matters is because no one has heard from Jack, Brent or Ed since last Wednesday (1st March):

Jack Gone Underground?
We are using all of our sources to contact Jack -- Anyone with info advise
What happened to the Americans at Pulacharke? No one can reach them. The US Embassy refuses to comment. Jack no longer answers his phone, and Ministry of Justice will not even acknowledge his whereabouts. Caraballo and Bennett have also disappeared in Afghanistan and literally off the face of the earth. Banderas? No word on him either. Any Afghans reading this should contact Jack's Panjshir soldiers and ask them to send us an email if they have any info. A journalist from AP told us today that he heard the FBI had gone to Pulacharke with the National Police or NDS with orders from Karzai to "deal with the Americans there." What is the real story, and what happened to these guys?

With no news coming out of the prison, it's difficult for any of us to even make a guess as to what's happening. Has Jack been moved out of Pulacharke? If so, by Karzai's people or his friends in the Northern Alliance?

Right now, all we can do is wait for news. 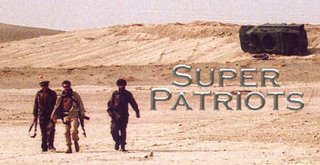