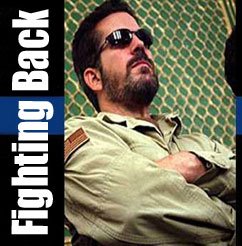 Although the main reason I campaign for the release of illegally-imprisoned U.S. Special Forces soldier Jack Idema and his fellow prisoners, Brent Bennett and Ed Caraballo, is to see a gross injustice put right, it really is worth bearing in mind how valuable men like Jack are to our side in the WoT.

A common perception about the fight to rid ourselves of Islamofascism is that the hot-spot right now is Iraq, while hostilities in Afghanistan are, to all intents and purposes, over. Sadly, as the BBC reported yesterday, nothing could be further from the truth:

It is only 200km (125 miles) from Kabul to Khost, but Afghanistan's capital has little control over this rugged border province.
Government officials in Kabul say well-armed fighters cross regularly from next-door Pakistan, but admit they can do little to stop them.
In remote areas, more than $5,000 (£2,865) in bounty money has been offered to local men to kill senior government workers, one administrator said.
"It is big money. It is al-Qaeda money and it is from the Gulf," he said, referring to Arab supporters of al-Qaeda.

For anyone paying attention, this is precisely how al-Qaeda infiltrated Afghanistan during the Taliban era, using cash, assassination and foreign fighters to set in place the system that eventually brought about 9/11.

Grasping why history is repeating itself in this way isn't difficult -- All it has taken is for the U.S. State Department to remain stuck in the pre-9/11 mindset of containment and appeasement. Rather than rooting out all the Taliban sympathisers of importance in Afghanistan in 2001, the philosophy that came to govern post-Taliban Afghanistan was, more often than not, one of allowing members of the old regime back into the political life of the country if they agreed to 'renounce violence'.

Now, granted, the idea of peace and reconciliation, of healing divisions after a war draws to an end, is something any reasonable person would desire. Only, here's the problem: we are not dealing with reasonable people. Most of us woke up to that fact on the morning of 9/11, but not, it seems, the U.S. State Department or the Karzai interim government. Both have sought to appease a hard core of Islamofascists with promises of power in exchange for agreements to refrain from violence. What we're beginning to see is just how disastrous a policy this was.

... Though Jack Idema could have told the State Department that back in 2004. We will remember, after all, that Idema and his men were arrested after they captured an 'ex'-Taliban judge, Sidiq, who was in possession of:

The State Department and Karzai interim government reacted to this arrest by handing Idema over to the very terrorist elements he'd been hunting. This was done in a desperate, and desperately misguided, bid to smooth ruffled feathers and keep the 'peace process' on track.

Two years later, we can see the results of this strategy as entire sections of Afghanistan fall back under the control of Islamofascists, and foreign-funded jihadists pour across the border from Pakistan. If this proves anything, it's that Idema and the Northern Alliance's distrust of 'former' terrorists was entirely appropriate. Moreover, as the recent shift in power from Karzai to the Northern Alliance shows, ordinary Afghans, too, want the Taliban's bloody hands removed from the levers of power once and for all.

Here's Jack, writing just after elections handed power over to the Northern Alliance:

What did you expect? Did you expect Afghan families to vote for the return of the whip and rod? During their brief time in power, the Taliban denied the people all human rights, abolished music and song, televisions and pictures; even personal pictures. All males had to wear turbans and could not cut their beards—violations were met with beatings and executions. Females had no rights except the right to be stoned in public until dead for even a minor infraction. The Taliban closed all schools and medical centers, and established the Ministry of Good and Evil to enforce their belief system on the entire country; everyone had been whipped at least once. To possess any picture, even a gum wrapper with a cartoon on it, meant you violated Islam, and that required a beating. Fly a kite, go to jail. Trim your beard, go to jail. Let your wife go shopping alone, go to jail. Sports were outlawed so they used the Kabul Soccer Stadium to execute women-- hey, don't waste resources. Oh yeah, the Afghan people were going to vote for these psychos again.

It's high time Idema was released so he can continue working to fulfil the wishes of both the American and Afghan people -- To rout the Taliban and make sure they never get close to political power again. 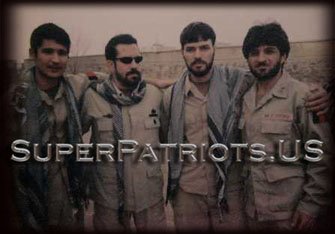