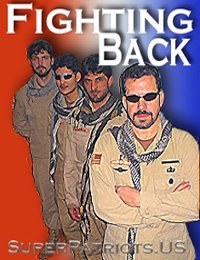 One of the biggest problems faced by U.S. Special Forces soldier Jack Idema and the his two compatriots, Brent Bennett and journalist Ed Caraballo is that mud sticks. We all know how this works: once a criminal accusation has been made, many people will feel there must have been some basis in fact for the charges. This is something, I think, that has worked against Jack Idema from the very start.
At the time of his arrest on charges of kidnapping and torture in July 2004, we will remember, the issue of how the U.S. treated captive Islamopaths was coming under intense scrutiny in the wake of Abu Gharib. It's also fair to say that, in spite of all the evidence to the contrary, large sections of MSM and the left were pushing the idea that Lynndie England's antics were somehow sanctioned by U.S. authorities. In this context, the stories about Idema running a 'private' jail where prisoners were found hanging from the ceilings affected different people in different ways. But, crucially, no one wanted to hear the truth. Here's why:

For MSM:
For leftists:
For conservatives:This, then, explains why the Jack Idema story is something a great many people either refuse to touch or (in the case of leftists) actually regard as a victory.
The problem, of course, is that absolutely none of the mud being thrown at Idema actually sticks to him.
The campaign to free Jack has repeatedly proved that everything Idema claimed about his career in the U.S. military was true; we've shown that he was, indeed, working closely with the Northern Alliance; we've shown that his first trail was a travesty of justice.
But. Still. Those allegations that Idema tortured prisoners remain. This is something we need to tackle head-on:

Idema, Bennett, and Caraballo were found innocent of all charges and Appeals Court Acting Chief Judge Saheb Noor along with Appeals Court Judges Abdul Latif (011-93-70287222- speaks English) and Chief Religious Judge Mawlawi Azizullah stated on the record during the closed hearing that there had been absolutely no evidence of torture and that the original two bomb suspects that gave statements against the team were in fact terrorists and had committed perjury in the first court hearing in July 2004.

These statements come from the Afghan appeals court which reviewed Jack, Brent and Ed's cases over a year ago. The court decided that the original trial was deeply flawed (to say the least), and that Idema and his men had no case to answer. (They remain in prison, illegally, at the insistence of the U.S. State Department.) What's clear, though, is that if there hadn't been such a rush to pre-judge Idema in the summer of 2004, most of the false allegations against him would have been disregarded. Here's why:Then, of course, there's what Jack Idema himself has to say about the interrogation methods he employed:

I want to answer one thing for your listeners. Did I ever torture anybody? The answer is hell no! I never tortured anybody. You know why? Because if you’re Lynndie England and you’ve put some guy on a leash– a Muslim guy naked on a leash, I can guarantee you neither he nor his friends will ever cooperate. But if you if you take that guy in and you just keep him up for 2 days talking to him, and you give him kabob and you give him miranda soda, and you convince him that he’s got a job with you, believe me he is going to change sides. This is absolute.

The above quote comes from an interview Jack Idema gave last year. You can listen to the whole thing here. What's interesting about this, however, is that Idema simply doesn't come across as someone who engages in acts of petty sadism -- Not because he's a bleeding-heart liberal, but for the very good reason that, if it's actionable intelligence you're after, torture simply does not work. 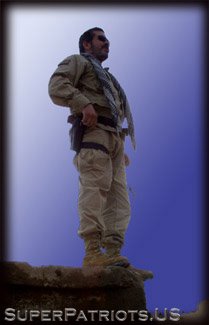